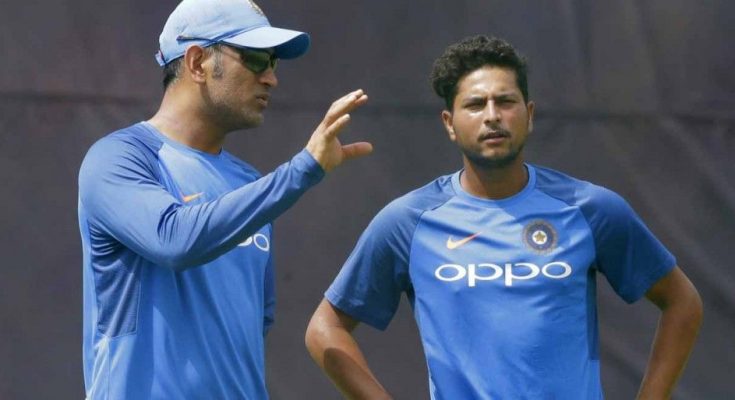 Kuldeep Yadav who was picked up for the World Cup squad was certainly one of the players everybody had an eye on during the IPL 2019. Unfortunately, the season didn’t go well for him as he was given limited opportunity after his performance against RCB where he was taken for 59 runs in his four overs, the joint-most by any spinner in the competition. In one of the overs, he was taken for 27 runs by Moeen Ali as well.

I wasn’t negative but wasn’t positive either at that time. When I was hit for so many runs in that over I was very disappointed. I knew I could get him (Moeen) out and we had a plan too but I just couldn’t execute it. The game slipped out of our grasp because of that over and that’s why I was very emotional,” he told Hindustan Times.

“Then Mahi bhai (Dhoni) passed on a message that I shouldn’t lose confidence, I need to focus on my game and that really helped me a lot. He has always been a pillar of support ever since I made my debut. People only talk about how he helps us from behind the stumps but it’s actually the work, the advice he gives us in-between or after the matches, that does a world of good,” Kuldeep revealed.

About the recent ‘Dhoni getting wrong with his tips sometimes’ comment-

“That was just a joke, nothing serious. In fact, it wasn’t a statement at all, we all were laughing. I cannot make such a statement about Mahi bhai,” he clarified.

Kuldeep also took his Instagram story to tell that it was a rumor.

“Here we go for another made up controversy from our media who loves to make tangy rumours for no reason. Just want to throw some light on the issue that has been proliferated by some people, that the news is totally false. I didn’t give any inappropriate statement about anyone,” he wrote.