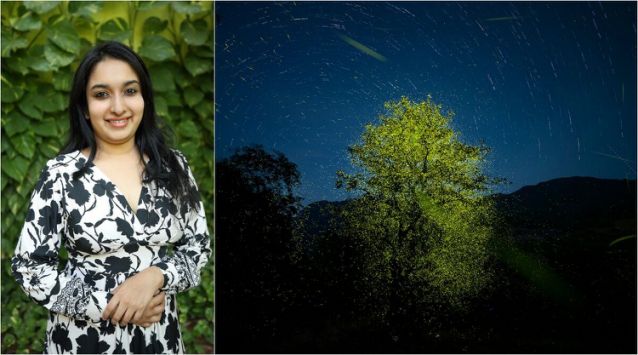 Aishwarya Sridhar from Panvel has become the first Indian woman to win the Wildlife Photographer of the Year award. Her picture defeated more than 50000 entries from more than 80 countries.

The announcement was made on October 13 at the Natural History Museum in London. In the 56th year of the award, only 100 images were shortlisted and she won the award for her photograph in the Behaviour Invertebrates category.

Aishwarya is a Mass Media graduate from Pillai College of Arts, Science And Commerce. The photo was shot during a trek in Bhandardara in June last year.