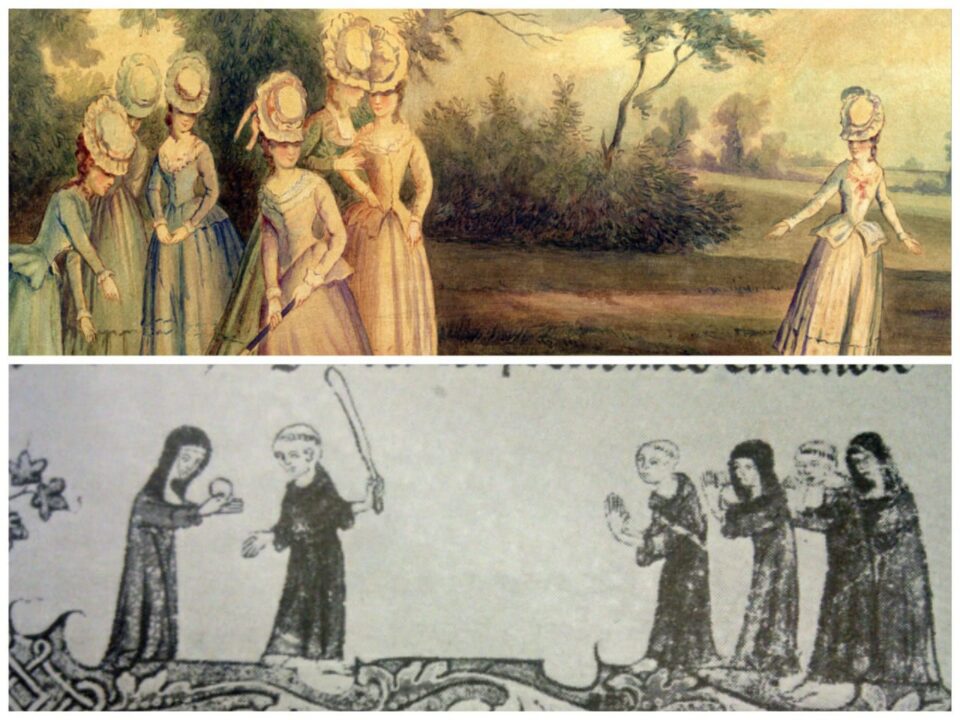 On this day, in 1745, the first reporting women’s cricket took place. The Reading Mercury carried the coverage.

The match was between the maids of Bramley and maids of Hambleton at Godsden Common, near Guildford, Surrey.

Both the teams wore all whites but was differentiated by ribbons they wore. Bramley girls had blue ribbons and Hambleton girls had red.

The second coverage of the match was also in July but two years later in 1747. July 13th.

However, the match was stopped because of the interference of the crowd. Charlton Women took on Westdean and Chilgrove Sussex women that day.

There is another report suggests that in 1768, the game became quite popular in Sussex and one of the matches even had a crowd almost equal to 3000.

Those days, there were matches between the women of same and different age, single women team and married women team too.

The winner of the match was awarded laced gloves and barrel of beer.

However, there were paintings from the 1300s that had nuns with bat and ball. Those days, the game was called as stoolball and had different rules.

(Picture 2- Stoolball from the 1300s. This image is from Romance of Alexander book)