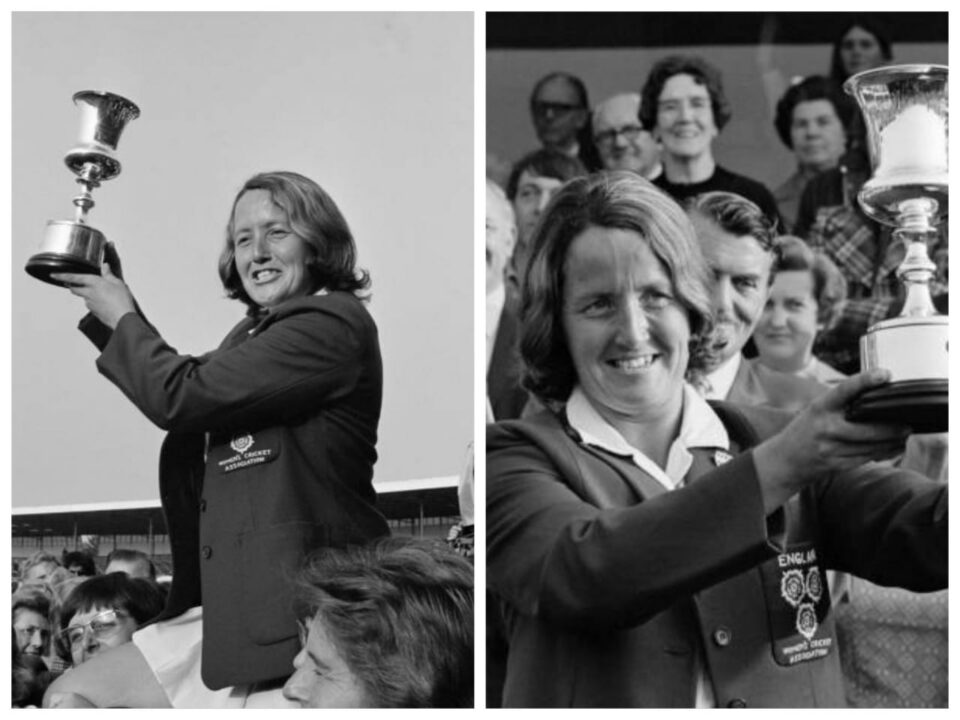 1973 was the beginning of many great things in cricket and we all should be thankful for Rachel Hayhoe-Flint.

She worked hard for two years to bring players from different countries together to play the World Cup, a round-Robin format. She also convinced businessman Hayward to spend £40,000 to make everything.

They managed to bring together seven teams- England, Australia, New Zealand, Trinidad and Tobago, Jamaica, Young England, International XI to play in the World Cup, a round-robin format.
The England team had four housewives, nine teachers, and one secretary, according to the England media.

The final round-robin match took place between England and Australia.

England superstar Enid Bakewell enjoyed a great outing both with bat and ball that day. She scored 118 and captain Rachel Hayhoe-Flint had 64 to her name. England made 279 in 60 overs.

In return, England bowled well to restrict Australia to just 187 and helped the team to lift the World Cup. Bakewell also grabbed two wickets in the match and gave away just 28.

Bakewell topped the batting charts and she was the highest-scorer of the tournament with 264 runs. Rosalind Heggs of Young England topped the bowling charts with 12 wickets.

This was the first ever World Cup final. Princess Anne gave away the winning trophy.

Two years later, in 1975, their counterparts played their first World Cup. The second edition of women’s cricket happened in 1978.