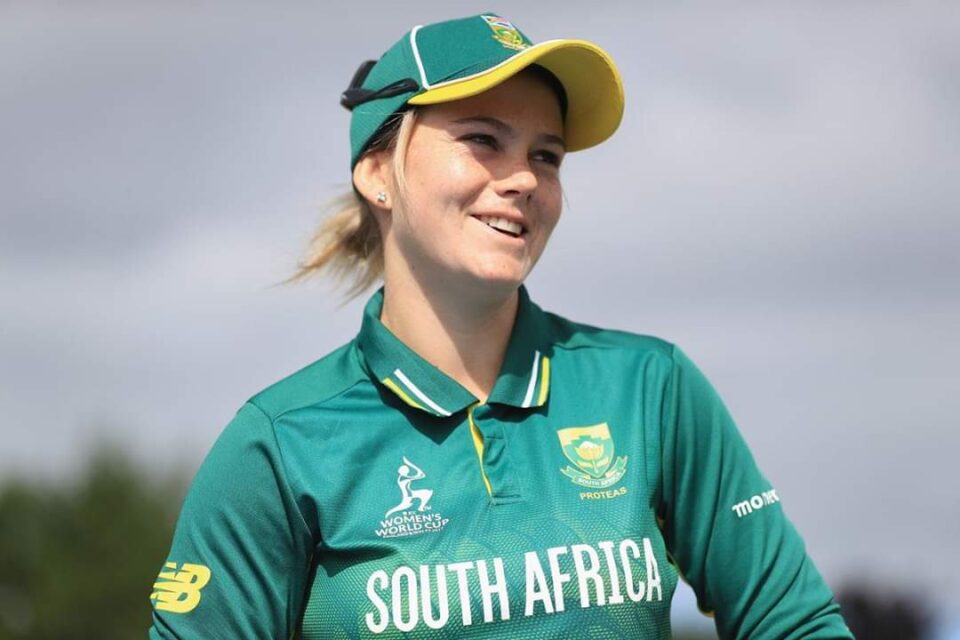 On this day, Dane Van Niekerk picked up four wickets without conceding a run.

39 for 5, the scores read- thanks to Ismail and Kapp-as West Indies tumbled with Nation being the lone warrior, with a double-digit score. Aguilleira joined Nation at 16 for 5 and the team need both the players to stay, like forever. Both the players were showing some resistance as Niekerk took the ball.

Flighted delivery just outside off, Aguilleira defended it was followed by two deliveries that went down the leg, Aguilleira, visibly nervous missed the sweep. Niekerk then threw one outside off once again, the defence was the answer. Now, a little bit frustrated, Aguilleira tried to get past the covers and found the fielder. Niekerk, back to her old tricks, pushed one towards the leg side and this time the ball was short to sweep and Aguilleira found herself walking back as the ball hit the stumps. All smiles in the South African camp, the opposite at the West Indies camp. Niekerk laughed, indicating the flight. End of over one. 1/0.

Now, bowling a little bit slower through the air, Niekerk made Daley wait for the deliveries. She pushed one to mid-off, followed by a defence. Niekerk was keeping it simple, aimed the middle stumps. A tiny change to the line now, she pitched the ball at the legs. Daley tried to sweep, the ball caught the top edge, Wolvaardt was glad to grab the ball at the short fine leg. No celebration from Niekerk this time. 2/0.

Fletcher walked in. She tried to take the ball as early as possible and edge the first one to mid-off while trying to playing it on the leg side. The ball did not carry. As Fletcher continued to dance before the crease, Niekerk bowled one completely towards her leg. An edge again but this time it went a little bit far from Chetty. A slight look and Niekerk called in for slip. Repeat delivery, Fletcher pushed it towards her leg side. It was followed by a good defence to the one that targetted the middle. Fletcher survived. Well, not for long as Kapp had her in the next over.

Mohammad joined Nation who was a silent spectator for a long time. Well, not any more as she became the next victim of Niekerk. No, she did try to play her out. Four consecutive defences. Niekerk wasn’t targetting any particular line this time. She was bowling to middle and leg, then a short delivery outside off, good delivery outside off and then a slower one towards the middle stump and the same delivery, a bit faster this time. Nation fell to the final one. She tried to scoop over Kapp who was standing at the short midwicket but couldn’t get past her. 3/0.

West Indies was nine down when Joseph joined Mohammad. Both the tail-ender were playing out deliveries as much as they can. Enter Niekerk once again.

She didn’t have to bend so much this time as Joseph was visibly struggling. I mean, what do you expect from the tail-ender to do when even the top-order failed. Niekerk pitched one at the leg and tried to turn in. Joseph, though didn’t get her bat down on time, defended. She would take it. She should have expected a different delivery this time. She should have known. Unfortunately, she didn’t. A ball that was a bit quicker came faster than Joseph expected. She was slow to get down to sweep and the ball had hit the legs. Boom. 4th wicket, 4/0 for Niekerk and West Indies walked back making only 48.

In return, Lee and Wolvaardt did not make the team wait for long as they finished the match by the seventh over. Kapp was awarded the player of the match for rattling the top order by picking up four wickets.