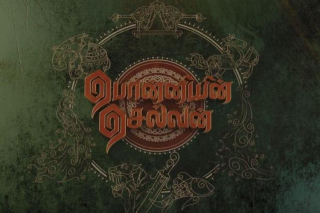 The Filmmaker Soundarya Rajinikanth, partnered with online streaming service MX Player is all set to produce the web series based on the Tamil epic novel Ponniyin Selvan which will be directed by Sooriyaprathap S.

Soundarya tweeted the news saying that “A dream project !!! … so thrilled to announce that we at @May6Ent are proud to partner with @mxplayer in bringing to life the epic novel #PonniyinSelvan as an MX Original Series https://youtu.be/dbUw4K3c97Y god bless us !!!! Need all your support ! #OriginalWebSeries #DigitalFuture”

A dream project !!! … so thrilled to announce that we at @May6Ent are proud to partner with @mxplayer in bringing to life the epic novel #PonniyinSelvan as an MX Original Series https://t.co/KK5t1NOfRf god bless us !!!! Need all your support ! #OriginalWebSeries #DigitalFuture

Written by Kalki, Ponniyin Selvan is considered as one of the best works of Tamil literature. It talks about the story of Cholas, Arunmozhivannan in particular who goes on to become Raja Raja Chola I.

In a statement to the press, Soundarya Rajinikanth said, “Ponniyin Selvan is indeed one of the greatest historical novels written in Tamil and considered by many as the crown jewel of Tamil Literature. The novel chronicles the power struggle and the socio-political landscape of the Chola Dynasty, one of the longest ruling dynasties in Indian history and is a perfect amalgamation of an intriguing plot, romance, adventure, satire and an enduring battle for the throne. From the day I read this amazing novel, I was determined to narrate this impeccable story in the visual medium and have explored every single avenue that offered the possibility to realize this vision.”

She further added that the show would be befitting to the expanse of the epic.

“Today, I am extremely happy to partner with MX player in producing this grand spectacle, and with Soori directing the series, I am sure that the viewers will stay glued to this period drama. This show is being mounted on a large canvas, and we will ensure to our best ability that there is stone unturned to bring alive this marvelous novel,” Soundarya said.

Karan Bedi, CEO – MX Player said that the tie-up with Soundary was in line with “the philosophy of promising the best in original content” across languages.

“We are proud to partner with Soundarya as she makes her foray into the digital world with Ponniyin Selvan; her vision to make differentiated and larger than life projects is extraordinary and we look forward to a fruitful partnership. More so, this is a genre that hasn’t been very widely explored on the web and I am delighted to bring the digital first viewer this magnum opus that is sure to leave you enthralled,” he said.