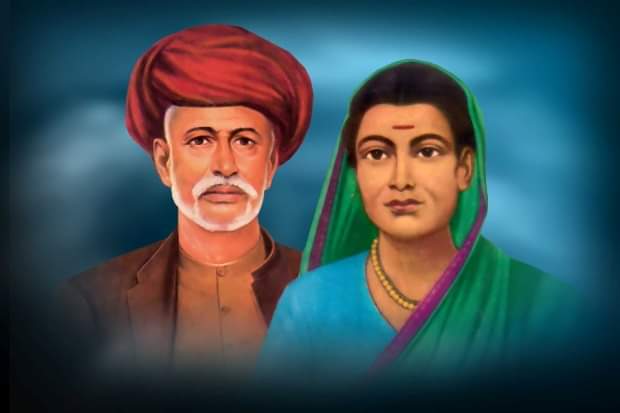 Those days, there were not many girls school. Those that were in existence were run by missionaries. While there were co-ed schools which “promised” to take at least one student from “low” caste, the number of girls in the schools were less.
Then 22-year-old Phule wanted to provide change for the “low” caste, especially, girls through education.

The school created outrage and due to social pressure, Jyoti and Savitri were sent out of their home. Thus, the school was stopped for a time-being as Jyoti went on to work for a living and to gather money. He excelled in business and within months, with the help of Sadashiv, the school was reopened in a room. The couple not only taught the students but also provided them with clothes and “special” water(those days, “low” caste people were not allowed to use the water from the public well and tanks).

Many British officers supported the initiative and gave books to run the school. With the number of students increased, the couple went on to hire a bigger place.

At Anna Chiplunkar’s mansion at Budhwar Peth, on July 3rd 1851, the couple opened their school. They went on to teach girls from humble backgrounds. Savitri became the headmistress of the school after she went through the teacher’s training. Jyoti also taught for four hours daily and he went for a job to keep the school going. On the first day of the school, merely eight girls on the roll; soon their number rose to forty-eight.

Jyoti set up an acting committee and handed over the management of the school to the committee, which comprised of Keshav Shivram Bhavalkar, Anna Sahastrabuddhe, Bapuraoji Mande, Vishnu Bhide, Krishnashastri Chiplunkar and Vishnushastri Pandit.

Pandit was later known for his widow re-marriage initiative.

Due to the increasing demand, the couple went on to open two more schools, one in September and other in March, the next year.

However, this did not go well with the “higher” caste people. They used to stop her at the streets, throw dirt, spit and would abuse, curse her for teaching “low” caste children.

However, Savitri did not mind, was determined to run the school. Most of the days, she would take two sarees to the school and would go on to change in school after being “insulted” by the people on roads.

Despite the struggles, what kept the school going was the support from the British. They were impressed by the couple’s work and went on to write articles in their newspaper. From 1851 to 1854, there were multiple articles about the couple and the school. This popularity kept the school going. However, they couldn’t bring a change in the law regarding education. Still, it was a great beginning.