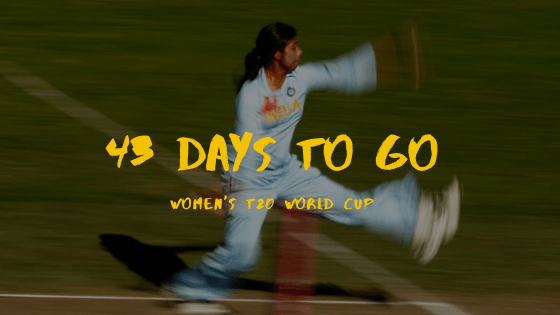 India lost the T20 World Cup 2009 semi-final after showing some courage in the league matches.

After losing the first match against England by 10 wickets, India bounced back to defeat Sri Lanka and Pakistan to qualify for the semi-final. However, in the semi-final, New Zealand defeated India by mammoth 52 runs.

In the four matches India played, Rumeli Dhar was the highest wicket-taker along with Priyanka Roy for India. Dhar was also the only Indian to make to the ICC Team of the Tournament that year.

Though Roy had a better average than Dhar, the latter’s consistency is one of the reasons why she was picked up.

Dhar went for 15 in her two overs in the first match, she bounced back and rattled both Pakistan and Sri Lanka. Against Pakistan, she ended up with three wickets and gave away only 13 runs. In the match against Sri Lanka, she picked up two wickets giving away just four runs with two maidens. However, she couldn’t perform great against New Zealand in the semi-final as she ended up with 1 for 35.

Talking about the performance, Dhar said that India lost the tournament because of poor batting.

In the interview to The Indian Express in 2009, she said that the pitch was good to bat but Indian players couldn’t do well.

“Conditions were absolutely wonderful for batting, and given that our bowlers did really well. But our batting performance hurt us,” the Indian Express quoted Dhar as saying. “I think the 140-odd against New Zealand was quite chaseable and I also take responsibility for that.

“It’s astonishing, but all our batsmen struggled. I played at two-down, five-down, but I was taking too much of pressure and nothing changed the course. But every team goes through this phase, even England and Australia”, said Dhar.

Talking about her inclusion in T20 team, Dhar said that she was surprised. “I saw it on a television channel and it was really surprising. I don’t know how the ICC judges it. There must be something else they would have factored in.”

She went on to say that anything can happen in T20I. “Earlier Australia were at the top and now it’s England … just because they won or have been winning recently. Anything can happen in Twenty20 and Pakistan men’s team returning with the trophy is an example. It’s just a matter of time. Unfortunately we failed every time.”