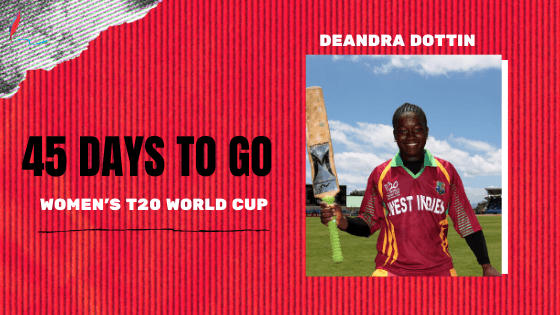 The first ton was from the willow of Dottin. The knock was a stunner in many ways. Dottin, who was just 18 at that time, came in to bat when the team had lost quick wickets.

Batting first, West Indies was going down against South Africa in the inaugural match of 2010 World Cup. 52 for 4 during their 10th over. Lesser did fans know that there was a storm waiting. Dottin unleashed herself to score literally everywhere and made sure to deal with sixes. She had nine of them and seven boundaries to her name. She took only 38 balls to reach her ton and then she smashed two more boundaries to stay unbeaten on 112.

West Indies, who was down and out during the first ten overs, ended up with 175/5.

In return, Fritz and captain Brits tried their best to chase down the total but unfortunately, South Africa fell 17 runs short.

For Dottin though, scoring the ton wasn’t enough. She came back to the bowl and ended up with the figures of 1/20 in her three overs.

This knock should have made headlines but it didn’t. However, it will be remembered as one of the finest if not the finest knocks in the history of cricket.

When asked about what would be her next achievement, Dottin said: “I want to go for the record again.”

India B dismantles India A by 35 runs

Words not enough, I will just give him a long hug and say thank you: KL Rahul on MS Dhoni’s impact, retirement

On This Day, 2008: Sachin Tendulkar became highest run-scorer in Tests