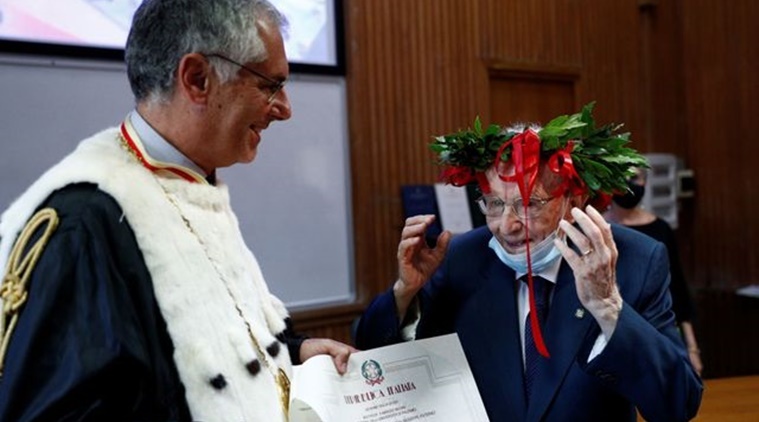 At 96, Giuseppe Paterno, a World War II veteran from Italy has become the oldest graduate in the country.

This news, reported by the Reuters, came as a postive message amidst the gloomy times during the pandemic.

Paterno was not able to go to University when he was wanted to. Hailing from a poor background in Sicily he only received the basic education early on.

Having graduated from high school at the age of 31, Paterno enrolled himself for the undergraduate course in 2017 at the age of 93.

He completed his undergraduate degree in History and Philosophy with top honours from the University of Palermo, Italy.

Much like those of his age, he used textbooks over Google and always used a typewriter for his essays. Despite feeling a little uncomfortable with online classes, he told Reuters that the pandemic did not put him off his goal, after everything he has gone through with the world war.

“All of that strengthened us, all of my peer group, all of those who are still alive, It didn’t really scare us that much,” he added.

Father spent year’s salary on my plane ticket to the US: Google CEO Sundar Pichai

George Floyd death: 3 more cops to be charged for the murder