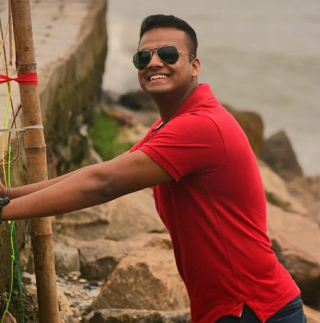 When we eat time by going behind celebrities, we failed to acknowledge our national heroes and when we talk about national heroes, we don’t normally recognize Navy or Airforce as much as we do for the Army, or at least I always thought that way.

This is the interview of one of our good friends, Kamalakannan who gives it all for the nation. Maybe, it took us years to write about him because he was always around and we never knew he goes through unimaginable stuff daily.

What started as just a normal WhatsApp ended up like this and I’m proud.

What is your inspiration for joining the navy?

I liked the uniformed forces right from my childhood but I didn’t realize it and have never given a thought of becoming one. When I was in school, I badly wanted to become a cricketer. Just to bat for those four overs, I start by 05.15 in the morning and cycle to my school (New Prince). So basically, I am used to the routine of waking up early. Even I got selected for Kancheepuram district in the first ever selection trials I attended and went on to play for KDCA in U-13, U-14, U-16 category for 5 years. The bad decision of joining Prince school made me stop playing my love abruptly. High school is the crucial point of any sportsman’s life. The next dumb decision is joining Sairam college. However, I was able to play for my college and got few titles too.

Sitting in front of a computer wearing powerful specs in a four-walled AC room was something I never wanted to do in my life. My dad on a lighter note (laughing) asked me if I wanted to join the army. He also tried to convince in a sarcastic tone that I will get good salary and allowances also added that I will be respected and saluted by everyone. I was not much interested then, but I thought about it the whole night. I didn’t tell anybody that I was thinking. Somehow, I felt that it was a good opportunity for me to not get glued to an IT or an industrial job. I decided to try for Army, Airforce and Navy.

A few days later, I told my parents about what I wanted to become and they were completely shocked. Dad was fine but I got an immediate NO from my mom. Calls kept coming from my uncle and grandparents to convince me in numerous ways not to join Military. My relations started telling about my great grandfather’s death who served our country and tried to frighten me. Everybody except my dad wanted me to do an MS, get married and settled in US. But the efforts made me concentrate more in joining any of the tri-services.

The thought that “I have already failed as a cricketer to achieve my dream, I am not letting myself fail again”, made me reject my TCS call letter and I started preparing for my exams. Clearing the Military exams and interviews is another whole new world. I tried, tried and tried for almost a year.

Meanwhile, I got a job offer from Daimler India (Bharath Benz). Parents and friends told me to join the firm and try for military simultaneously. I did as they said and few months passed by. I realized that this is not going to help me to join the tri-services and I decided to quit after 3 months. Somehow managed not to serve the notice period also. The day I was about to get relieved, I was in cloud nine because of the thought that I am going to pursue my dream. Also, I got a mail from the Navy that I have been selected.
Ufff I was so high!

Explain the day when you came to know that you got selected?

I was given 8 attempts. 7 times I went to outstations, got rejected and came back. On the eighth attempt after many arduous efforts, I got it cleared. Success after so much failure is always sweet and I experienced it.

The moment I was called on stage in front of everyone to announce my selection, I felt as if I had won the Wimbledon.

Who was your stable motivator?

My constant motivation was to make my parents proud no matter what. Because they are the ones who supported me in whatever I did. Let it be cricket, rejecting job offers, military. They backed me in all my decisions.

Life in Navy or in any Armed Forces starts with the initial training in the academy. For a person entering military routine from a civil life who has been spoon fed all throughout his life by his parents, it was a shocker right from the start. Naval academy gives you a warm welcome with a 3:30 AM wake up call. It doesn’t mean someone will come and wake you up, we got to do our morning routines, put on our uniforms to perfection. (Wearing the uniform for the first time is a pride in itself for us) The moment we report to academy, we deposit the phone. Means there is no communication device with you for the entire training period of 6 months. We have exhaustive PT periods, where the Ustaad drains each and every fluid out of your body.

In academy, we are not officers, we are Gentleman Cadets. So even the Sailor (jawan in the army and Airman in airforce) can take charge of me , when I am in academy. Once I complete my training, he becomes my junior and I get commissioned as an officer. I will be saluted from the same sailor who pushed my limits during the training. We share a good bonding throughout. After that we have parade practice under the scorching sun. We will be given a 15 minute break time to refresh ourselves but we hardly get 2 minutes to have our food. After lunch, we go to squadron. Squadron is the place where we stay. We have games, swimming, extra drills, punishments to drain all the fluids. After all this it would have been 1 A.M.

This happened for 6 months and the day we pass out is the passing out parade, famously called as POP.After POP is over, we are officers of Indian Navy who has taken an oath to the president of India to follow superiors’ orders, go wherever ordered and execute however possible.
So unlike civil, it’s not a 9-5 job. Anytime operational requirements can occur. Be it 2 am or 2 pm we will be there.

How was your first day?

My first day in the Naval academy made me realize life can give you shocks anytime. Navy showed me life. Training is so tough physically and mentally that many recruits will quit in the first few days itself. But whenever I get such thoughts in the academy, I told myself ” this is not what you tried so hard for” and motivated myself.

What would be your most favorite moment while you were in training?

The most favorite moment in training is undoubtedly the PoP day because that is the end of all your sufferings and you get your ranks on the shoulders. You get the responsibility to command and train the juniors.

How would you rank the opportunities for women in navy?

Opportunities for women is same as that of opportunities for a man. There is no bias in the military between a man and a woman
Women do the same routine that a male officer does. Though women have few relaxations due to the natural physical strength, they are not seen any lesser to men. There are many lady officers who stand alongside me in commanding their platoon in the parade. Any outsider who sees it, will definitely get goosebumps.

Whats the idea that changed your life?

The idea to reject corporate offers and join the military changed my life. And the idea to keep trying again and again without quitting helped me in achieving my dream of being a Group A gazetted officer and serving the nation directly under the ministry of defense.

What made you choose navy and not any other armed forces?

I didn’t choose Navy. I was trying for Army and Air-force in full focus. But, I was informed that there is no vacancy in the Air-force by the Navy and mailed me if I wanted to join Navy instead. I was okay with anything as long as it is the Tri-forces. In fact, I strove once for a navy interview but got rejected.

How proud are you to serve our motherland?

How proud I am!? I just don’t know how to express it. All I wanted is to see my father’s proud face. I still remember how I called him up when I got selected and told him the news. He replied ” haha apdiya Da romba sandhosam, eppo veetuku Vara? Saptiya?”
I just wanted him to be happy and walk around with pride. But he tells his friends and family about me and makes a proud face in front of them and not me. Of course, he is my Daddy!

I also remember the day that I corrected him when he went wrong. He was arguing with me

that Military officer comes under group B. I googled and proved him wrong by saying that I belong to Group A.

I am of course very proud to serve the country. There is a phrase called “chetwood motto” which we all military officers follow. You should read it once.

Tell about the sacrifices and commitments you took.

Sacrifices! Well, a lot of them. Whenever I go for the interview, they start with a slogan of asking the candidate ” Do you have it in you?” I always said to myself a bloody yes.

After joining the navy, it’s all sacrifices and missing. I miss all family functions and marriages. I missed two of my weddings, I miss my friends with whom I do crazy idiotic stuff, I miss having a chill beer with my closed ones, I miss my Mom, dad . I still haven’t seen my nephew after he’s born. I saw my once and she is already 5 years old growing up too fast just other girl baby. My father is now retired back home and I am to spend time with him. Girlfriend…haha I neither had one earlier too. So cheers to that. 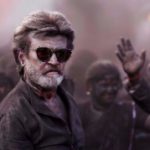