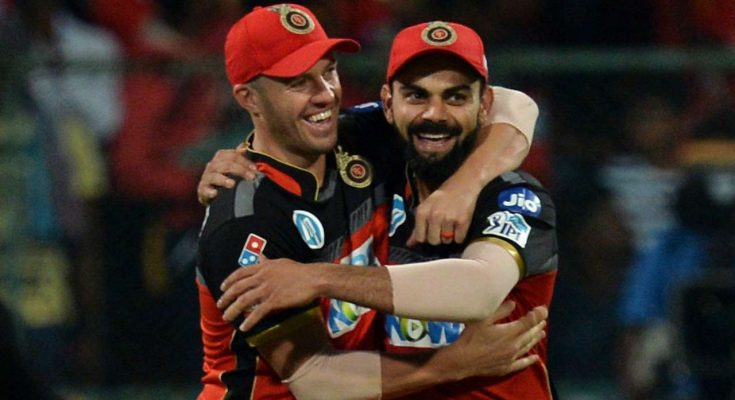 After a disappointing start, Virat Kohli-led RCB came back stronger to win five matches. Despite finishing last on the points table, RCB’s second half was pretty good compared to the first one.

Though the RCB fans had a bad tournament, they still were happy to witness the bromance of AB and Virat Kohli this year as well. Since the arrival of Marcus Stoinis, Virat Kohli is also sharing a great bond with the Australian All-rounder.

Pointing out the same, in a recent video of RCB insider, the video-jockey ‘Mr. Nags’ asked whether Marcus Stoinis’ arrival at RCB has broken his brotherhood with AB, Kohli said that the bond between him and AB was as strong like ‘Ram-Lakhan’.

“After Stoinis has come, there seems to be a big break in this relationship…” says Nags.

Kohli cut him short by saying: “AB and I are like Ram-Lakhan. We are brothers. No one can break our friendship. Stoinis is another great guy and a great human being but AB and I are on a different dimension. It’s like we connect on a different level. You can’t understand that.”

Now, in the IPL, only three teams are alive in the contest and the winner between Delhi Capitals and Chennai Super Kings will meet Mumbai Indians in the final.