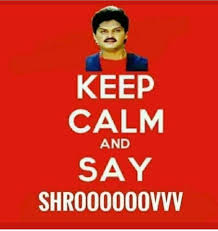 We all know that Karan is in rounds now because of our recent favorite meme “SHROOOV”. Many of us are unaware about his reaction after all these memes. In his recent interview in an YouTube channel, he said that he is overwhelmed to see his fans support.

He says that he have not done any recent films but the humongous acknowledgement he got from his fans for a movie which was released far back makes his heart full and this motivates him to do more movies by choosing the right script. Also he adds that he wants to call all those meme creators as his brothers and not fans.
The interview is in the link below