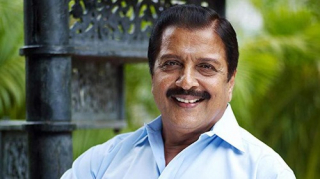 The veteran actor Sivakumar’s rude behaviour with a fan who was attempting to take a selfie with him has caused a stir on social media.

Reportedly, the actor was the chief guest at the opening of a private fertility centre in Madurai. Along with Sivakumar, minister RB Udayakumar was also invited as a special guest.

While cutting the ribbon at the fertility centre, a fan was trying to take a selfie.

Much to the shock of everyone, Sivakumar knocked the fan’s phone off his hand.

Veteran Actor Sivakumar knocks the phone of a fan who tried to take a selfie with him! #Watch #shocking #sivakumar #mobile #actor #suriya #karthi #cinema