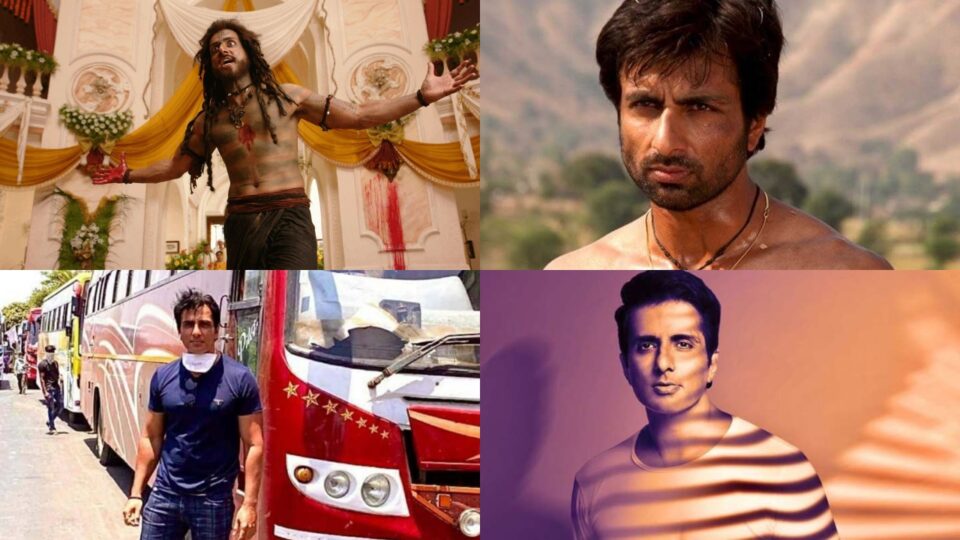 We are all so into the films that we tend to get an impression of the actors based on the role they play. If they play an antagonist, we look them that way. Simply put: We don’t separate the artist from the art.

In the case of Sonu Sood, he terrified us through Arundhathi. Despite having different roles before doing Arundhathi right from Kallazhagar to Chandramukhi, he will always be remembered as Pasupati, thanks to the way he carried the role, film. It was a huge hit in South India and when it comes to the North, Dabangg did all the wonders.

The underrated is a tag that goes well with him. For all the hard work, he wasn’t getting enough recognition.

Cinema is for all. Right from the word go, everyone has almost the same identity here. With all crappiness going around, Maybe, he deserved to be known more for his heart rather than simply his works.
***
This lockdown is a difficult situation for everyone out there. The guest workers are stranded without a job or food and trying to get back to their native. With the number of patients increasing rapidly, it is difficult for the hospital to accommodate everyone. People are without jobs, going through a difficult situation.

Enter Sonu Sood. Right from day one, Sonu Sood was super involved. He might felt that this was his calling. He first gave away one of his places to convert it to the hospital. Then he provided foods to the migrant workers. He helped out people who were fasting during EID, then the biggest of them all, helped the workers to reach their native. He was out there arranging buses, sending them all home. The people who were stranded out there would have had a different fate if Sonu Sood did not come forward. He gave his numbers, asked people to call him and he was there to rescue. By roads, trains and even airlifted them. He had to get a new number especially to help out people because there were millions stranded. He was there when police needed masks, he still replies to every single person who tags on Twitter, asking for help. You don’t see someone this approachable, do you?

If this wasn’t enough, he is trying his best to help out migrant workers to get a job. Today, even on his birthday, he promised jobs for a mammoth number of workers. He already launched an app to helped the workers. This is just a part of the story what I have mentioned. He is doing a lot more. Go, check his Twitter, you would know how he is going through this lockdown. He is literally living for others.

This is not his duty. He is out there as a volunteer. As a fellow citizen. Nobody knows why he is doing all these. Nobody knows what keeps him going for months. It is seriously tough to things what he is doing now. He deserves all the appreciation he is getting today. Probably, one of the good-hearted person we have seen in our lives. He is the superhero, an inspiration for sure.

There is a gang spreading some false rumours: AR Rahman on doing less Bollywood films