First things first. I don’t like Arjun Reddy, and there are many reasons for it. While the major comment is to watch the movie as one instead of getting into the character too much, I felt that the toxic relationship was not handled better. I loved the same in movies like Kaatru Veliyidai more. Maybe because of the way the characters are written in that movie.

Coming back to Arjun Reddy, Vijay Devarakonda stole the show and undoubtedly is one of the best performances, but that doesn’t mean the story is great, but yes, it took the nation by storm.

Today, we have another remake of the movie starring Dhruv Vikram and the debutant proves that he is here to stay.

The movie is a faithful remake of Arjun Reddy, literally scene by scene, the music and everything. Even at times, Dhruv goes under the shadow of Vijay Devarakonda. You can also see the shades of Vikram in his acting.

Adithya Varma, despite is an inch by inch copy of Arjun Reddy, the movie is engaging (If you like Arjun Reddy, it is, yes), thanks to Dhruv Vikram. He takes the movie forward with his acting, however, the second half falls a bit flat compared to the original.
Of course, it is not as bad as one would think. I definitely thought that the movie will not work here considering the fact that Arjun Reddy is a huge hit here but Dhruv Vikram has proved us all wrong. He is charming and has done a good job. I think the best is yet to come from him though.

Coming back to the movie, I’m not very sure why this is remade a lot of times. Yes, you might argue that the flaws should be celebrated, but to me, this is not the right way. Again, it’s up to you to like or dislike the same.

Coming to the heroine, Shalini Pandey as Preethi had a better role than Banita Sandhu as Meera. Well, you cannot expect more in a “faithful” remake.

On the whole, the movie belongs to Dhruv Vikram who has done a great job for his first movie, Leela Samson was good as well. Dhruv Vikram, with better roles, can certainly take his dad’s legacy forward. He really did pass the first test, and I’m sure Adithya Varma will be profitable.

Now, I wonder what director Bala would have done with the script. 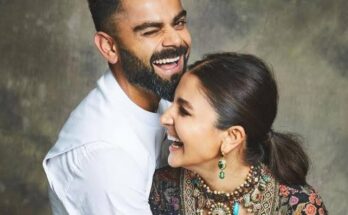