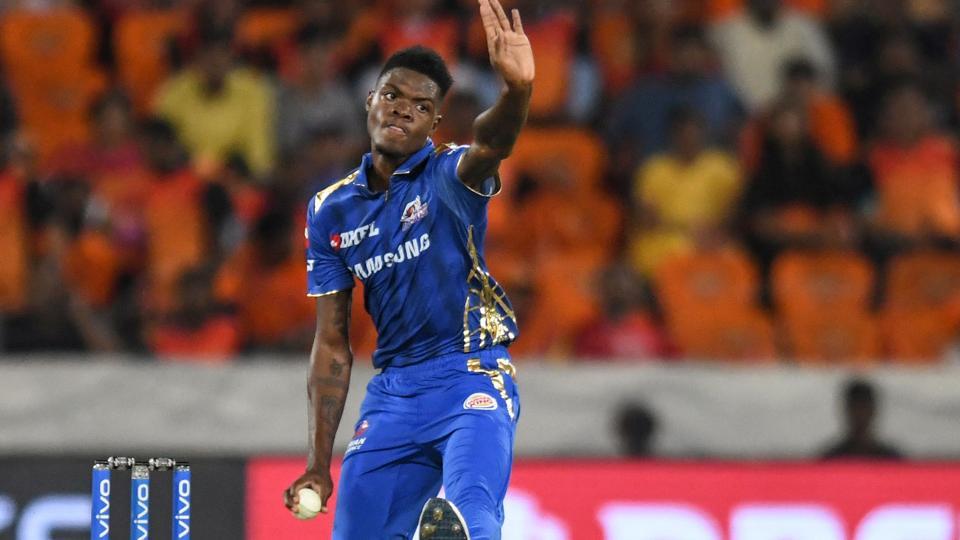 We know it’s too early to talk about someone just after one big performance but what really matters is when and where the performance came.

Alzarri Joseph has been a great bowler right from the start of his career. Of course, if the greats like Ian Bishop, Holding talks great things about you, you got to be special.

A traditional Windies fast bowler is always a delight to watch and Joseph’s talent was seen when he was playing the first class cricket where he dominated his opponent. He followed it the performance in Under-19 World Cup, where he was the third highest wicket-taker overall and played a vital role in the team’s World Cup win. He even registered the fastest delivery of the tournament against Zimbabwe.

As Ian Bishop wanted, he was there in the Test squad against India in 2016. A dream first wicket where he was able to fool Kohli, the best batsman, with a delivery that had an extra bounce on it that kissed the edge of Kohli’s willow. How many bowlers have done that? 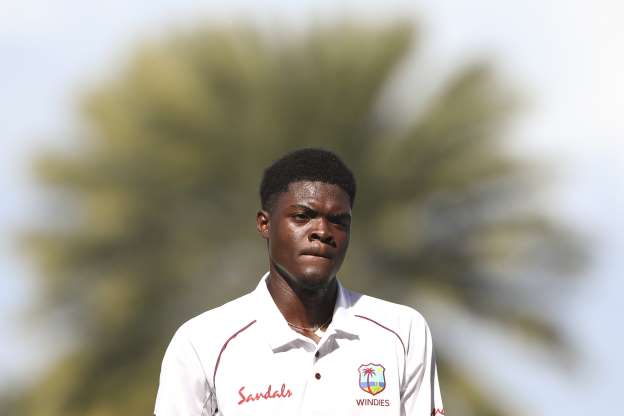 Unless you have talent, you cannot make Kohli fall for your plans. Alzarri did that and he was just 19 years at that time. He didn’t stop with that, he tempted Rohit Sharma to hit a fine delivery that caught his edge followed by Wriddhiman Saha’s wicket. Saha was playing great along with Ravi Ashwin in that match with both the players scoring a ton. Saha’s wicket was a breakthrough that came after nearly 400+ deliveries. Though West Indies lost the Test, this was a performance to remember.

In 2017 when West Indies took on England, he played three matches against them in total going wicketless once while picking up four and five wickets in the other two.

Despite being a great prospect, he was overshadowed by the other bowlers. Yet he was dangerous and accurate.

Injuries did come in way of Alzarri Joseph and he bounced back in quick time.

Come 2019. Once again he was picked for the Tests against England, the series that witnessed the historical victory of West Indies over England. Joseph’s role there was simple. Pick wickets. He was there as a shadow to the other bowlers who dominated the batters.

It was the second Test. He was all getting ready for the game when he heard the news that his mother, who was suffering from prolonged illness had to leave him forever. At just 22, the maturity he showed was unforgettable and respectful. He was taken aback still he controlled all his emotions, said his team needs him. Considering the fact that the West Indies board failed to pay its players and they weren’t treated right by them, the character he showed is definitely wonderful.

As he walked out at number nine at that day, he had a standing ovation from the players and the crowd, both the teams wore a black band as a mark of respect. Followed by his batting, he bowled well to pick two wickets and played a role in West Indies team’s monumental victory against England. Jason Holder, the captain showed a nice gesture by dedicating the match win to Alzarri Joseph and his family.

This incident did change him and he became this calm and better person. Despite having a decent record in the T20, he wasn’t selected by any of the franchise initially. Luckily for him, Adam Milne had to bow out due to injury and Alzarri Joseph was the only prime bowler at the same price bracket so, he got into the side with least expectations of getting an opportunity. With Mumbai Indians having Malinga, Bumrah and Behrendorff in their line-up, it really was unlikely. Who would have expected Malinga to take a U-turn to play for his county?

Coming from a place where literally nothing has developed, he came to India with no expectations but wanted to walk through the streets of Indian country and explore them all because he felt that India is well-developed compared to his, and he wasn’t sure if he would get another opportunity to go around the place. He wanted to make full use of it.

With his mother watching him from the sky, he was selected ahead of two of CPL teammates. He was given an opportunity to prove himself at the biggest platform, the IPL. He simply backed himself and went by his instinct. The result was surprisingly unbelievable. Yet he deserved it for bowling well.

This might just be the start of something extraordinary we might get to see in years or it might just be a one-match wonder but no matter what, it will go down in the history as one of the best bowling efforts ever in the biggest platform. He made sure to make it memorable.