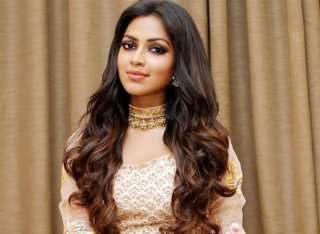 Amala Paul who worked with the director Susi Ganesan for Thiruttu Payale 2, says in her official statement that she supports the poet and filmmaker Leena Manimekalai’s allegations against the director and also revealed about her bad experience with the director.

Her official statement reads, “I support Leena Manimekalai’s allegations and can imagine this episode happening with her, from a man who has a twisted set of moral values and utterly low respect for women. She being an aspiring director could have made her an easy target for such an incidence to take place.

Me too despite being the leading actress for Thirutupayale2 was subjected to double meaning talks, misrepresented offers and un-chivalrous bodily contacts. This pretty much made my experience of shooting TP2, a mentally fatiguing one. I can totally understand what she could have been subjected through.

I applaud her for the courage she showed by narrating her ordeal on a public platform.

In our emerging economy and ever expanding female work force, this behavior is rampantly occurring everywhere, in all trades and industries.

These men treat their house wives and daughters different, but when it comes to their colleagues they don’t miss a chance to show an upper hand and take advantage.

This is one of the main reasons, we Indians arc unable to unlock our true potential either in creative, service or spiritual industries.

We have heard a lot of cases from spiritual and creative industries. But true change will come when service and unorganized sectors are also heard for their #metoo ordeals.

It’s high time that government and judicial benches device out a system to address these issues of our society and not let the female work force of future subjected to such harrowing #metoo incidents.”