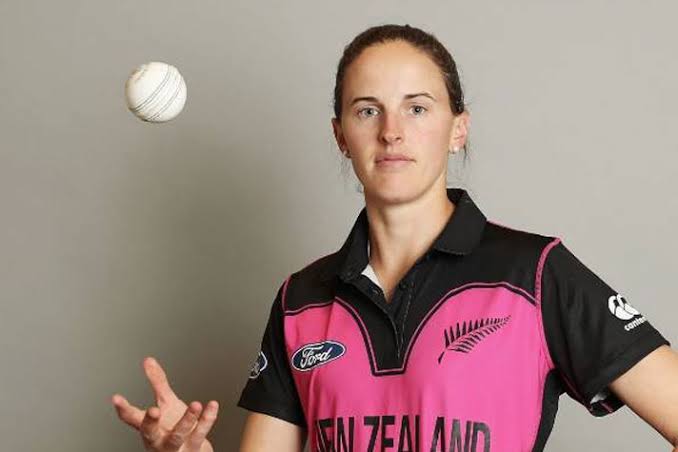 The White Ferns cricketer Amy Satterthwaite was one of the few cricketers who returned to training after the lockdown in Lincoln on Monday.

Satterthwaite who took a year off to deliver baby said that she is glad to be back and is raring to go now. She added that it was tough for her initially to adjust to rigorous training but she is currently glad to go with the flow.

“It’s been going pretty well. I took my time to ease back into it and not rush it too much. I just kind of let the body adjust back and that adjustment has been going well so far thankfully,” she said of her early sessions.

She also said that she was afraid to bat initially and she was nervous. However, her “muscle memory” kicked in and the things went right for her.

She also added that she feels happy to be back with the girls for all the banter.

Satterthwaite who was appointed as the captain had to give away her captaincy to Sophie Devine. Now, the management wants to give Devine a go and had appointed her as the full-time captain with Satterthwaite being her deputy.

Talking about the same, Satterthwaite said that it is disappointing to let go of the captaincy but she is ready to serve the team and assist Devine in whatever ways possible. She said that she is used to this role as she is around for a long time now and had assisted Bates and others before.

Satterthwaite, who has represented New Zealand in 119 ODIs, said she is really looking forward to the 2021 ICC World Cup to be hosted by New Zealand. It will be her fourth ODI World Cup, and first at home.

“It doesn’t get much better than having a World Cup at home. We are really looking forward to that and we’ve got a lot of hard work to do between now and then. We are really excited about what that opportunity offers us as a group,” she concluded.

During the T20 World Cup that concluded recently, the White Ferns lacked a left-handed batter. When questioned about the same, Devine mentioned that she would ask Satterthwaite to stop having babies. The banter was a hit and that she is back now, the White Ferns can certainly depend on her and her experience.

Reports: Amit Mishra ruled out of IPL due to finger injury