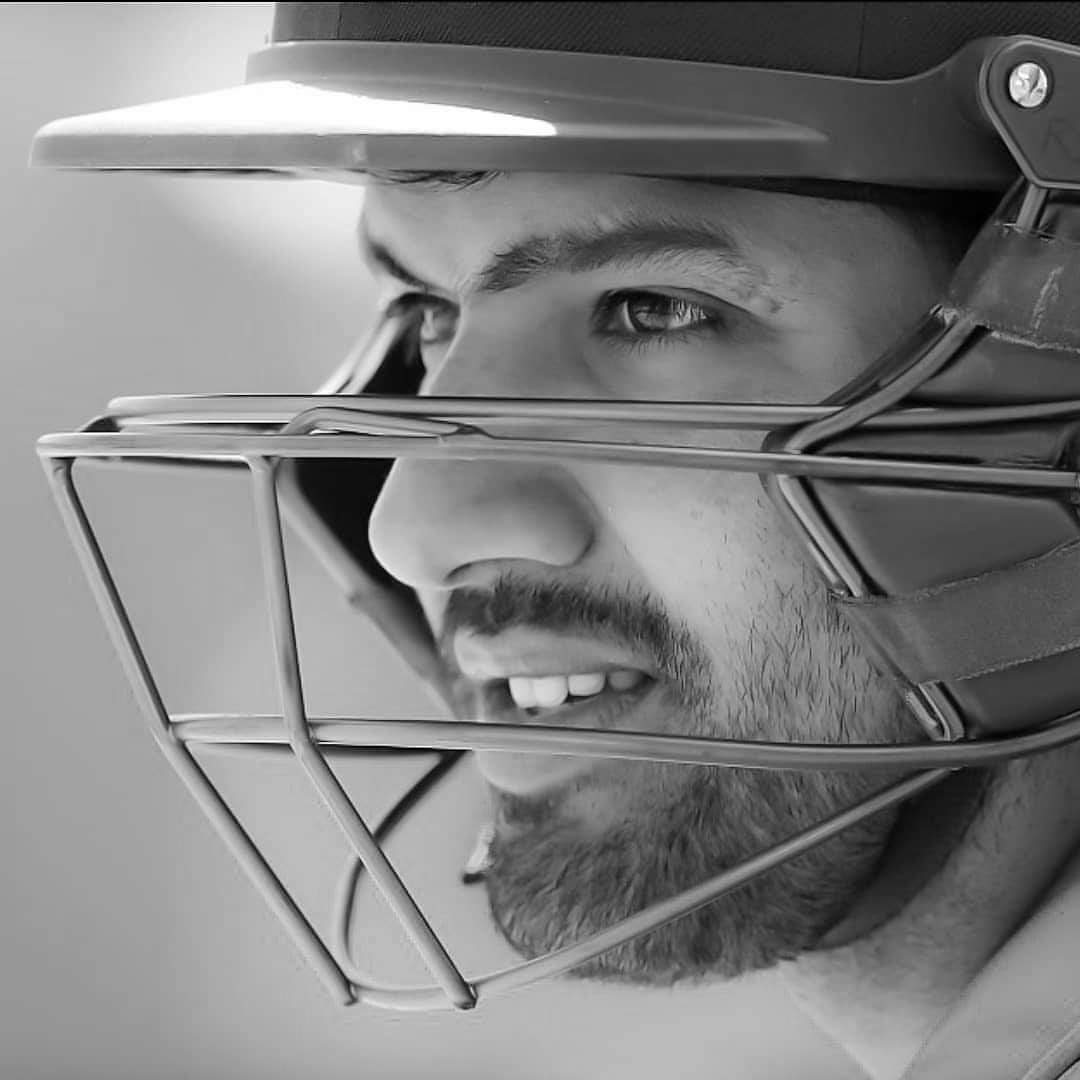 Rohit Sharma.
Where will I start?
All these years, I had this weird habit of falling in love with players who had the talent but somehow fell short when it comes to performance and I don’t have to talk about Rohit Sharma’s early career. He was there. Always there and every single time you would think that he is going to do some wonders, he would fall short. Of course, he did have matches to remember, those important cameos in 2007 World Cup and a few innings here and there but you cannot rate all these as the best.

The inconsistency threw him out of the limelight, pushed him down and the trolls began to happen. The constant fear of looking into the playing XI to find out whether Rohit had his place made me anxious those days. There were times when I badly wanted to hit him for throwing his wicket away. Those days, I used to shout words, call him names due to anger because he was wasting his talent.

The first time I witnessed Rohit Sharma bat was during a domestic match where he scored hundred with ease. He wasn’t elegant but was lazy. He didn’t move a bit but managed to hit it all around the ground. For someone who believed that batting is an art, Rohit Sharma proved me otherwise, I didn’t fall for his shot-making but the way he was making things happen with ease. He wasn’t the powerful, after all.

It was the beginning of his IPL career and his performance with the Hyderabad team did make a lot of heads turn. At that time, He was an improved player. He wasn’t playing poor shots, improved them to look perfect. Bowling came naturally to him and he enjoyed the role very well.

The hattrick, the cameos made him the emerging player of that year’s IPL. He was slowly growing in front of my eyes and I loved the way he was improving with every single match.

Of course, his inconsistency also grew. He became the ‘maggiman’ of India. People had rights to make fun of him for the way he was performing. Still, there was something in him that made me pray. I would tell him to keep off the pressure and take one match at a time. I would pray that someone would tell him the same. My love for Rohit grew with every single failure he had, throughout his career.

In 2011, when Rohit had his lowest point, missing out the World Cup, I wanted to hug him, tell him that he would get better. Things would change. He will be there. What I love in Rohit at that time was he was angry with himself rather than the management. He knew it was his fault. He was ready to take responsibility. He wanted to show it in his performance and when he returned, he piled up runs.

Of course, inconsistency and his mindset got better of him and once again the graph started to go down.

When Dhoni decided to make him the opener, he was doing things against the odds, against everyone. Of course, Dada did the same to him when he was young. It was like identifying talent and Dhoni did see how good Rohit was.

The things started to change slowly for Rohit. He was building his empire but before that, he knew he had to destroy his enemy, his own mindset.

He eventually did. He began to play so well that he was becoming an artist from nowhere. He was suddenly brought glamour to his shots and was looking all new. His shots were getting their own shapes, he was mastering shots that not many can easily play. The ball began to love kissing Rohit’s bat more than ever, he relied on them as well.

All of a sudden, the sculpture began to shine, he had performances that could speak for himself. He was creating his own music and making people dance to his tune. He would go hard on himself when he failed and there was a turnover from the person I once saw. He was totally different and yet he had that charm, the sparkle in his eyes he once had.

After Sachin Tendulkar’s retirement, he topped my list of players whom I was emotionally attached to. He was a household name, someone I wanted to do well no matter what.

His graph has always been an ECG where he either goes berserk or falls short early. It wasn’t easy for a fan, especially for someone who is emotionally invested in him. He wasn’t perfect. Nobody is. Loving his flaws did make me a better person, a life lesson.

Years later, he understood what really should be done. He changed his game once again, she started to learn a few new tricks, some basic changes that immensely helped his game.

He began to smash big scores and I would go like, ‘See… I told ya..’
I would act like I was the proudest in the earth at that time. He began to lift trophies, lead his team from the front, be it for India or IPL.

He was making the bowlers bowl to his strength and he was happy to pull. Nobody in this current generation could pull better than him. He could play the shot all day long and still would find the ropes with ease. The songs that his bat could create while playing the pull shot could be sold as an album and would top the Billboard rankings. There would be so much elegance and comfort. Watching Rohit play the pull shot is as delightful as eating my favourite food. If I had to choose between both, I would easily choose Rohit’s pull because it is the chicken soup for the soul.

When he opened for the Tests, he was a different player altogether. He was supposed to be ragged by Rabada, teased by those deliveries that were at the fourth stump line. He normally would touch them, normally would give it up to his instincts. He would try to cut them, sometimes would even try to flick them towards the leg side. This time, things were different. He was silent. Knew the plans of the bowlers and came up with a better one. He mastered the art of leaving the deliveries all of a sudden, something his childhood friend Pujara would be proud. It was taking a leaf from Pujara’s book. Who knows, he would have lent it to his friend.

The calm side of the Rohit did put his game in a better place. The World Cup certainly is one of the best he has ever had. He deserved the World Cup for the way he played. While the whole world cried for Dhoni, I cried more when I saw Rohit’s face. He was devastated. It was like someone brutally destroyed a kid’s favourite toy. A beautiful dream. Something he was building carefully. The dream that might never come back. The dream that would haunt him forever if it didn’t come back. He might have one more World Cup with him and he might win it for the nation but it’s too early to predict.

As much as I want him to see lift the World Cup, I made peace with the fact that he might not be around forever and watching him play right now is the priority. One match at a time.

All those days of struggles, all those years of growing up with him, watching him play and lose, watching him fail again and again, for making me realize that love isn’t always easy and it comes with flaws.For helping me in believing that life exists after the lowest point and it is all about how you build it.

He is an answer to everyone who believes that beauty and happiness can be found outside those “textbooks” as well. Life is certainly hard when you are a Rohit fan but it is all worth it because you are supposed to cherish ups and downs. My journey of growing up with him is full of life lessons.

The joy of watching him play is unbeatable and something I can only look forward to.