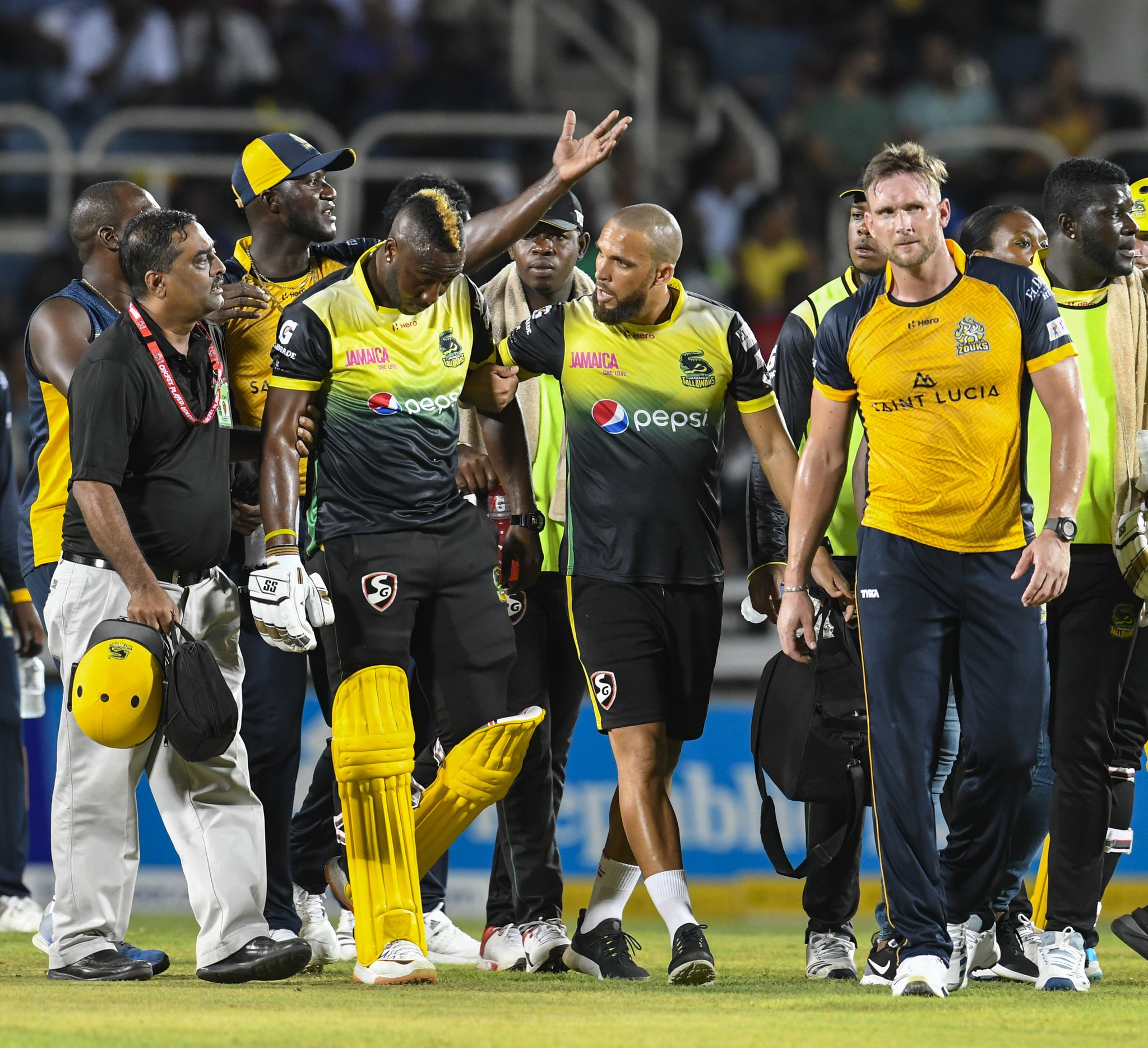 In the match between Jamaica Tallawah’s and St. Lucia Zouks at Sabina park yesterday, Andre Russell was hit in the head by a short ball and had to leave the field. Russell was taken to the hospital for a CT scan. Latest update from the franchise confirms that the scans cleared him off from any serious issues. Doctors have advised him to take rest. Russell headed back to the hotel and took no further part in the match.

The unfortunate event happened in the 14th over of the first innings. A bouncer from Hardus Viljoen hit Russell in the back oh his head. The batsman backed away to create room for himself and Viljoen followed him with a sharp bouncer.

Andre Russell failed to connect the short ball and he was hit near the right ear. He fell flat on the ground immediately. Opposition teammates removed his helmet off and the medical team checked on Russell. Russell was clearly in trouble with the blow, but was able to stand on his feet. He walked off the field after a few minutes. On the halfway mark, a stretcher was brought in and he was carried off and taken to the hospital for a CT scan.

On first notice, it was observed that Russell’s helmet didn’t have the extra protection in the back. Earlier in August, Steve Smith had walked off due to concussion after being hit by a bouncer from Jofra Archer. Smith was the first to have a concussion substitute in the history of the sport. It is noteworthy that Smith also didn’t wear the extra protection in his helmet.