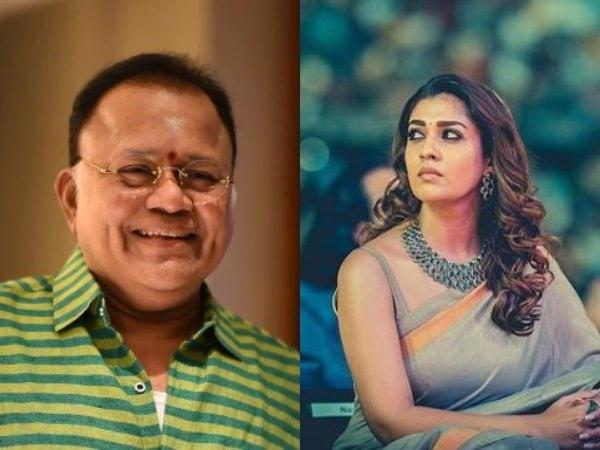 Months back when Chinmayi opened up about Radha Ravi, the aftermath she had to face was being dropped from the dubbing union and had literally no supporters. Now, once again, the annoyingly opinionated Radha Ravi slut shamed a female artist and it’s Nayanthara this time. He disgustingly spoke about Nayanthara at the trailer launch of ‘Kolaiyuthir Kaalam’.

He said: “Nayanthara acts as a ghost, and then she goes on to act as Sita as well. She acts as Sita! Earlier, to play the role of a goddess, they would look for [someone like] KR Vijaya. Now, anyone can be cast to play a goddess. They can cast someone who you want to pray to when you look at them, they can also cast someone you want to call towards you when you see them!”

Just like how nobody came forward to support Chinmayi when she spoke, nobody stood by Nayanthara too initially.

None of us had any idea that this event was going to take place for an incomplete film .. the actual producers or directors left the film few years back I guess! Inappropriate event wit unnecessary people sitting and knowing not what to speak ! If this is called promoting a movie

Then it’s good to stay away from such events which don’t have any need but jus to give opportunities like this for jobless people to vomit 🤮 some senseless , useless stuff on stage !
Anyways no one from Nadigar sangam or any sangam will take any action against him #Sad #state

Been waiting since yesterday for *some* sort of a condemnation from the male actor fraternity in Tamilnadu since yesterday.
In this video Radha Ravi, President, TN Dubbing Union openly slut shames a female actor at HER movie’s trailer launch.
And not. a. word from anyone. Yet.