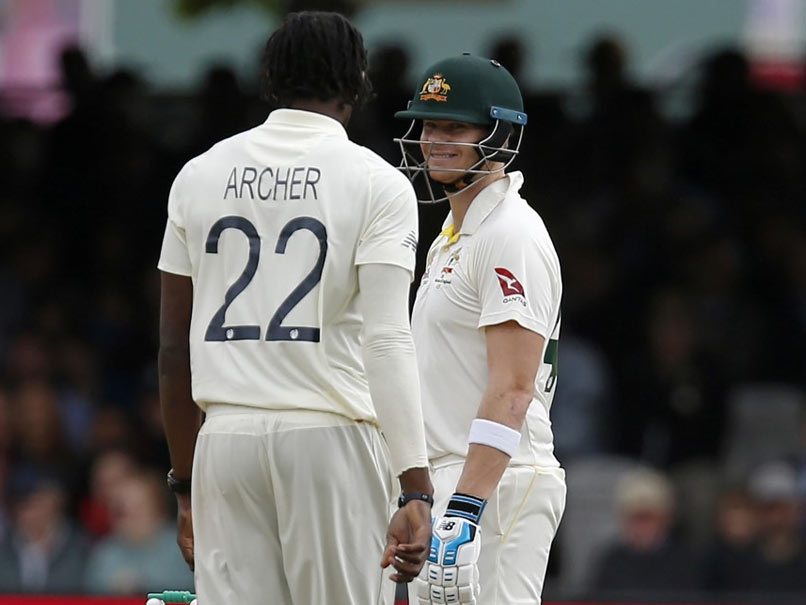 Archer is in the middle of delivering one of the fastest spells in the Test cricket. He comes back to bowl another. He runs in. He wants to threaten the batter. He knows his speed coupled with the conditions would do the trick. He hits the pitch right, a bouncer to Smith’s body. A well-planned one at 91.2mph. He is expecting a wicket here.

Smith, at 76, believes in himself that he can take on Archer. He knows if he is late to the ball, it can injure him severely. He carefully watches the ball. He tells himself to concentrate. He doesn’t want to take the risk, thus he doesn’t move across as he did for the other bowlers. He moves a bit to keep his options open. He waits.

As the ball reaches Smith, he goes by the instincts, plays a pull shot over Square leg, for a milli-second, looks interested, but it is well over him. Archer walks back. Surprised. Shocked. He kicks himself for giving away runs. He hates that. He hates to be at the receiving end. He hates to lose the battle. The challenge. Especially, not to Smith. He is fuming inside. He wanted to get better of Smith. He goes back to bowl the next one.

Relief for Smith but he only won the battle and there are many more to go. Every single Archer delivery is a challenge, is a battle. He knows things are only getting harder from now on. He knows he needs to be careful, he knows he will be targetted.

Smith goes back to play the next ball. He reminds himself not to move much and to stay in the position. He watches Archer as he rushes towards him. He blinks for a second, He sees the crowd booing at him. He sees England players discussing his wicket. He sees Langer watching him from the dressing room, a bit tensed. Everything within a second. Finally, he sees Archer once again who is now close to delivering the ball.

Archer sees Smith who hasn’t moved much. He thinks of getting him out through LBW. He says no to himself. He doesn’t want to bowl outside off either. He smiles. He knows it is going to be a bouncer once again. He wants to bowl faster than the previous delivery. He hopes that the speed would distract Smith. He bends, and the ball hits the pitch. 92.4mph this time.

There is a gush in the crowd, silence in the ground. Players could hear each other’s heartbeat which skipped a bit now. Smith falls down, facing the ground.

Nobody knows what had happened. The players rush to see Smith. The medical aid runs in. Langer looks in concern.

There is a sigh of relief even for Phil as Smith responds. Smith wakes up. After all, Phil knows about the bouncer better. He smiles. He smiles in relief to see his friend wake up. A strong air passes through Smith as Phil goes back to heaven. Smith stands up. Battling the thoughts, Smith walks back to the dugout; stood between the cheers and boos. The boos rip everyone apart, including the England team. Nobody wants the crowd that spread negativity even not to the opposition.

Everyone now realises that Archer did not walk towards Smith. Instead, he walked away leaving many puzzled. There is a buzz from the crowd, from the people around the world. Lesser did they know, it was taking a toll on him. He couldn’t see Smith going down like that. After all, Smith is his friend. He was nervous. He had his own battle. He decides to go away to calm himself. He walks away to reduce tension. He never wanted to get Smith off this way. Hey, he is young, new to the setup, and if anything had happened, it was going to affect him more in a way or two. He doesn’t want that. He stands still as Smith walked back. He breathes heavily. He smiles. He knows the game has to go on, He has to move on from the moment. He decides to take ball by ball. The same way, the team moves on as well.

Hours later, Archer was the first man to be happy to see Smith coming back to the crease. Smith hits a few boundaries before getting out. While the team celebrated his wicket, every single person in the team was happy to see the little warrior back.

By coming back, he taught everyone about the meaning of passion, and he stood there as an epitome of the warrior, a fighter.

He inspired every single England fan out there for showing the courage. Whereas, the Australian crowd were left stunned by the display of Archer. He wasn’t accurate, but he was deadly accurate. He doesn’t belong to this generation but to that of Walsh-Ambrose or even before that.

Despite the draw, both Archer and Smith will be thinking about the unfinished battle between them. Both did not want their contest to end like this. It is mutual. When Archer meant that he wanted to knock Smith off, he meant metaphorically but not this.

The Lord’s Test showed why Test cricket isn’t an easy sport, but why is the most lovable. This Test was like a movie with slightly a poor climax. As we move forward, We certainly will witness more of this. More of Archer and Smith. The verbal, the abuse, the fun, the battle, the friendship, the rivalry. This is just the beginning.

IPL 2021: Squad for each team after Auction | DC | Delhi Capitals