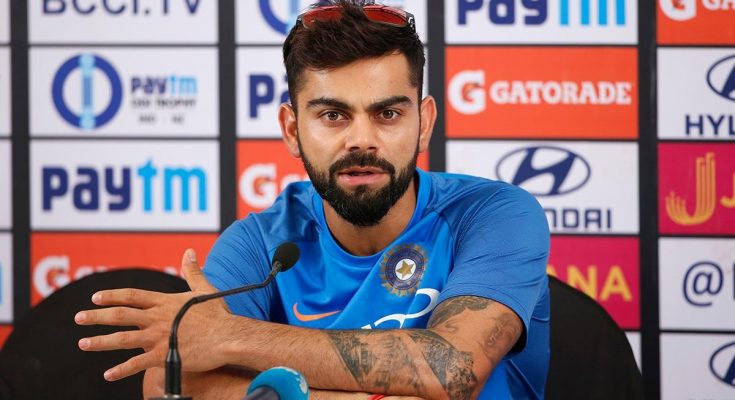 The Indian cricket team captain Virat Kohli in an exclusive interview to Times of India said that there is no scolding culture in the dressing room and everyone is free to express their views.

“The culture of scolding people isn’t there in the change room now. As friendly as I am with Kuldeep (Yadav), I am the same with MS (Dhoni). The atmosphere is such that anyone can say anything to anyone.”

“I am like walking up to people and telling them ‘listen, I have committed these mistakes, make sure you don’t do them’,” he added.

He further said he believes in giving players space to express themselves.

“I believe in empowering people. I believe in giving them space to express themselves and when they come to a stage when they feel jumbled then I’ll have a conversation,” he said.

“I’ll talk to them like, ‘this is where you are heading and this is where you have to head. These are the kind of things you should be doing. You’ll regret not correcting those things early like I did. I don’t want you to waste two-three years of your career. You have to play more than what you have played’,” he added.

Talking about India’s early exit in the World Cup, he said:

“It’s very difficult to digest because you know you didn’t make many mistakes to be knocked out. When you make mistakes, you can point them out and take ownership of that but when you have been outplayed then the acceptance becomes difficult. You wake up and think you didn’t do much wrong but we are still out.”

Kohli further said that setbacks, which he has faced in his cricketing career till now, have helped him improve as a person.

“I have learnt most in my life from failures and setbacks. The worst setbacks have not only motivated me but also improved me as a person, made me understand the importance of those times more than the success,” he said.

“It makes you sit down and think about what you need to do now, build a roadmap for yourself. Secondly, these moments show you the people who are going to stand by you in tough times and the people who will jump ship.”

“Most importantly, it builds your character because suddenly this thing happens. When your belief is right up there and everyone’s playing so well, and suddenly, you know, you’ve been outplayed,” he added.

He also said that he is very excited and looks forward to play in the Test Championship.

“It’s very exciting. I think it’s happening at the right time for Test cricket. Although you are going to play bilateral series, the meaning and importance are way more. You have to plan for every series. I was excited about something of this sort and now it’s coming to life,” he said.