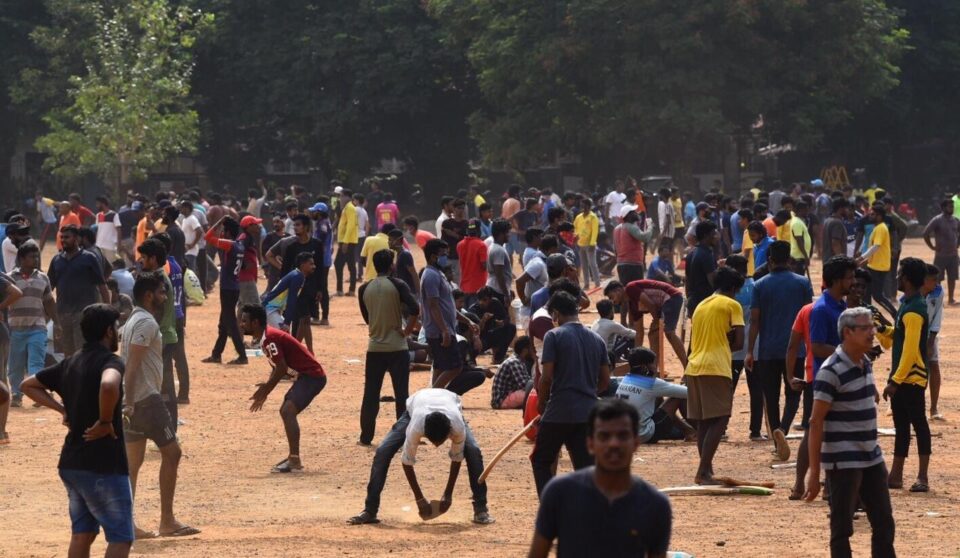 Chennai is a cricket-crazy place. Gully cricket runs in every single person’s blood. Literally, nothing can stop the Chennai people from playing cricket on Sunday morning.

T Nagar’s Somasundaram Ground was filled by a huge number of youngsters. With the ease in lockdown, the people are back to the ground after months to play the game.

With no fear of death, a huge crowd was not only playing the game with no social distancing, but most of the people were not wearing masks as well.

The photos were shared on social media and are currently going viral.

On August 31, CM Edappadi announced the rules and restrictions for Unlock 4. Due to the economy, almost all the services are now opened except for cinema halls. However, the Government had made wearing masks and social distancing mandatory.