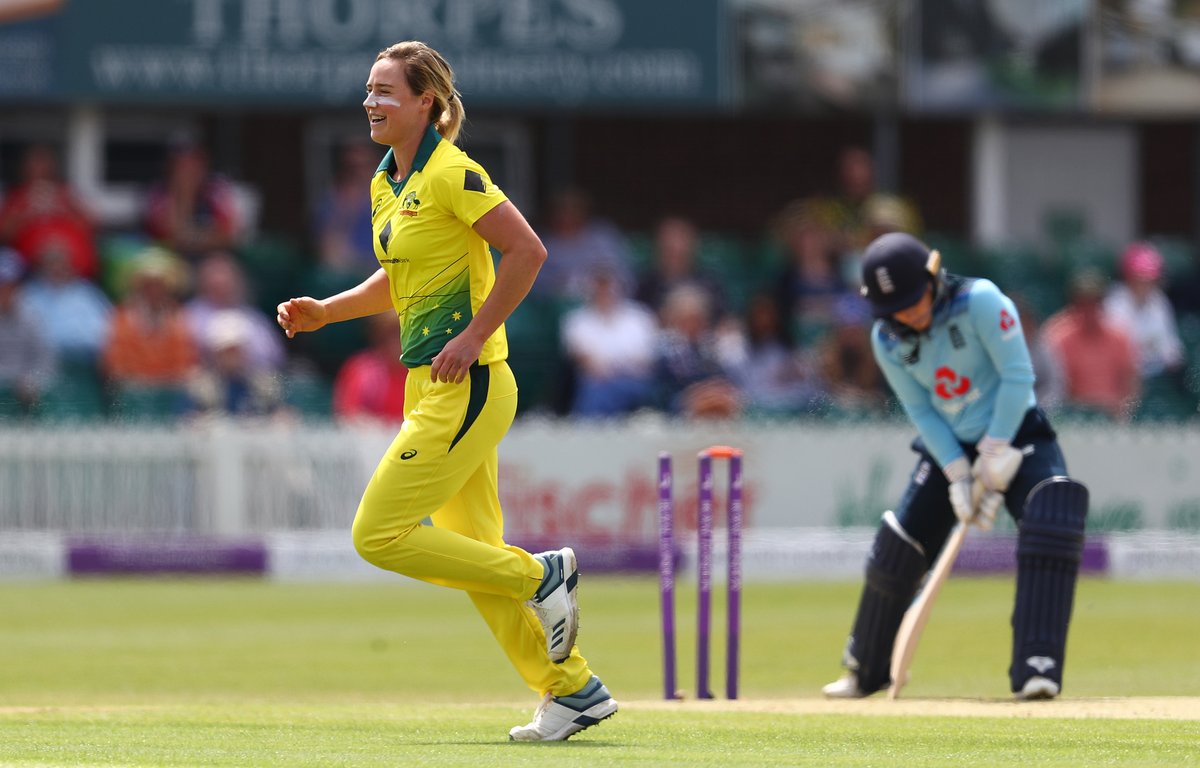 The first ODI of the Ashes series went down to the wire as expected as England pushed Australia to the limits and finally, Australia won by just two wickets.

After putting England to bat first, the Australian bowlers dominated the top-order. It was Ellyse Perry’s fierce spell that yielded her three wickets and Megan Schutt’s beautiful setup (two out-swingers, then an in-swinger) to dismiss Sarah Taylor early put England back foot. From 19-4, England needed someone to take the team to at least a triple-figure mark.

England found resistance from the bat of Schiver who managed to score 64 with the lower-order batters helping her out as well.

Perry’s three wickets helped her to reach 50 wickets in the Ashes. Also, Megan Schutt, Ashleigh Gardner, Jess Jonassen picked up two wickets each and Delissa Kimmince grabbed one but the stand out of the day was Haynes’s catch to dismiss Shrubsole.

In return, Nicole Bolton’s comeback hasn’t been a good one for her as she made just two and captain Lanning was the next to follow after making 16. While Healy looked great for her 66, include that flick to six, she kept losing partners. Australia then looked like they were losing their way after losing eight wickets for 167 after Jess Jonassen’s fine knock of 19, but it was Delissa Kimmince’s cameo of 14 that took Australia close to the win. With the team needing nine runs, England would have thought that Shrubsole would repeat her World Cup brilliance, but unfortunately, it wasn’t their day as Brunt’s over sealed the fate. Brunt, after giving away a four, bowled a wide that defeated Sarah Taylor to go to the boundary, thereby, giving Australia the first victory in the 2019 Ashes.

If he is fit, he’ll definitely play: Langer on Cameron Green