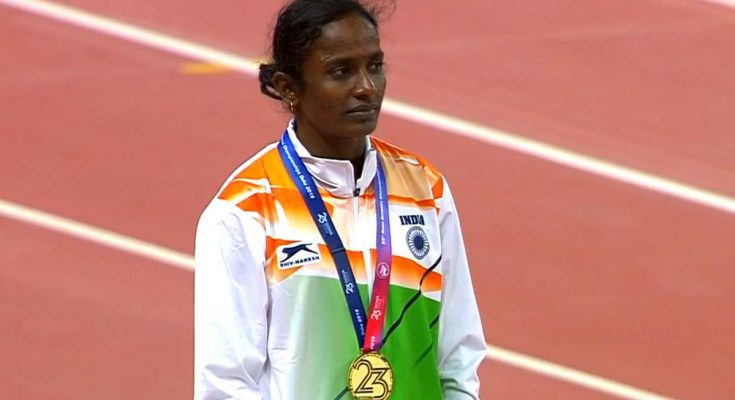 Hailing from Trichy, Gomathi Marimuthu ran the race of her life, as she fought her way from the back of the pack and shocked the field to take the women’s 800m honours.

“I expected a medal, not the gold,” said Gomathi after her race.

On the other hand, India’s ever dependable Tejinder Toor didn’t disappoint as he went on to win the Gold medal for India, their second, in Shot Put with opening-round throw of 20.22m.

M. P. Jabir and Saritaben Gayakwad, in the men’s and women’s 400m hurdles, won bronze for the country. Jabir’s hurdles bronze came in a personal best 49.13s while Saritaben, who clocked 57.2s, had to fight to get from fourth to third.

After Neeraj Chopra, India’s best Javelin Thrower had to pull out due to elbow strain, Shivpal Singh threw a big surprise, producing a huge 86.23m effort that fetched him the men’s silver. This is a much-improved performance from him compared to his performance in Patiala.