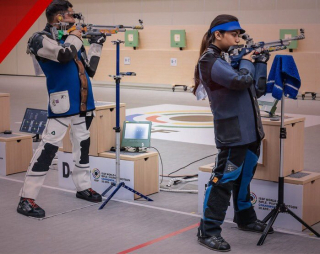 India opens its account in 18th Asia games with Apurvi Chandela and Ravi Kumar. The duo won the bronze medal in the 10m mixed air rifle event on Sunday.

The Indian team entered the final as the second best team with 835.3. However, in the final, they finished third on the podium with a score of 429.9.

Chinese Taipei claimed gold with 494.1 with a Games record while China bagged silver with 492.5.