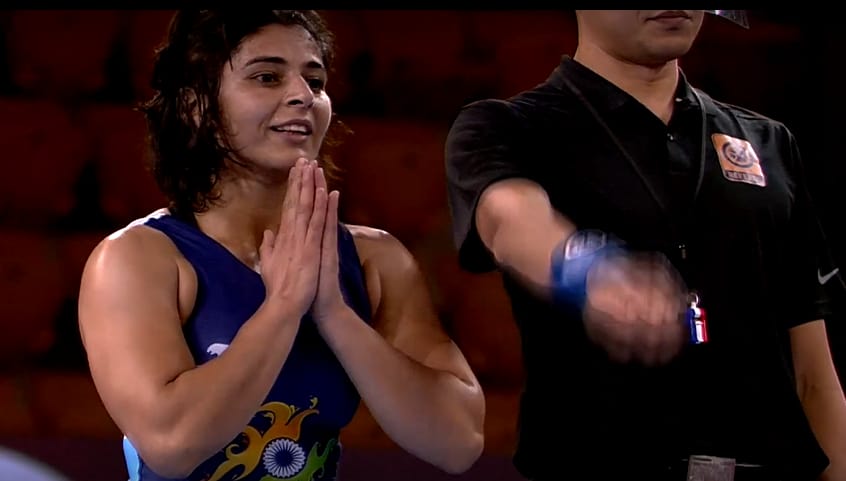 Indian wrestling star Sarita Mor made a sensational comeback in the final to defend her gold medal (59 Kg) in the Wrestling Asian Championships in Almaty, Kazhakstan.

The Indian star was 0-7 at the beginning against Mongolia’s Shoovdor Baatarjav and was 1-7 when there was only 2 minutes left.

During the early bout, Mor made a challenge which went wrong, giving away an extra point for the 2-time World Championships bronze medalist.

Once the bout restarted, Mor went for 4-point move and had won. When the Mongolian challenged it, she lost the challenge giving away an extra point to Mor. She soon went on to win by 10-7 in the end.

This is Mor’s consecutive gold in continental event, she recently won one in Delhi.

However, the 59 kgs category is not an Olympics event.

Saina Nehwal all set to marry her boyfriend Kashyap