Simply Put: You know what to expect from Vetri Maaran-Dhanush combo. The movie is solid, engaging and is thoroughly enjoyable.

Based on the best-selling novel ‘Vekkai’ by Poomani, Asuran deals with various issues, through the fight between two families of a different class, Rich vs Poor. Nobody could have done justice to the plot other than Vetri Maran who has treated the script right to keep us all engaging throughout.

The movie starts with a scene, where the moon’s clear reflection on the water is disturbed by footsteps into the water. This scene tells us the story.

The movie’s best part was the cinematography which resembled the heat, Vekkai. The work was best complemented by GV Prakash’s music. This undoubtedly one of the best works of GV Prakash in recent times.

Coming to the acting part, the movie had two of the best actors as the lead, Dhanush and Manju Warrier. Nothing can go wrong here, right?

Today, there is no one who can come close to the versatility and the acting of Dhanush and Asuran sits at the top of the list among various other performances of the actor. He pulls things off with ease. His subdued performance as the old man will definitely stand apart.

Manju Warrier and others have done their part very well but to me, the stand out performer of the movie is Ken Karunas. Both Teejay and Ken steals the show in the first half of the movie where it looked like Dhanush has taken the back step to allow others to get the spotlight.

If there is something that I didn’t like was the lip-sync which did look odd in a two or three places and the blurs during the action scenes.

On the whole, Vetri Maaran- Dhanush combo has once again delivered a great movie with some wonderful performances and strong filmmaking in a well-packed action-thriller that keeps us all at the edge of the seat right from scene one till the end. 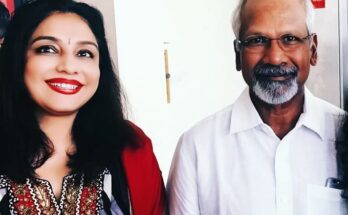