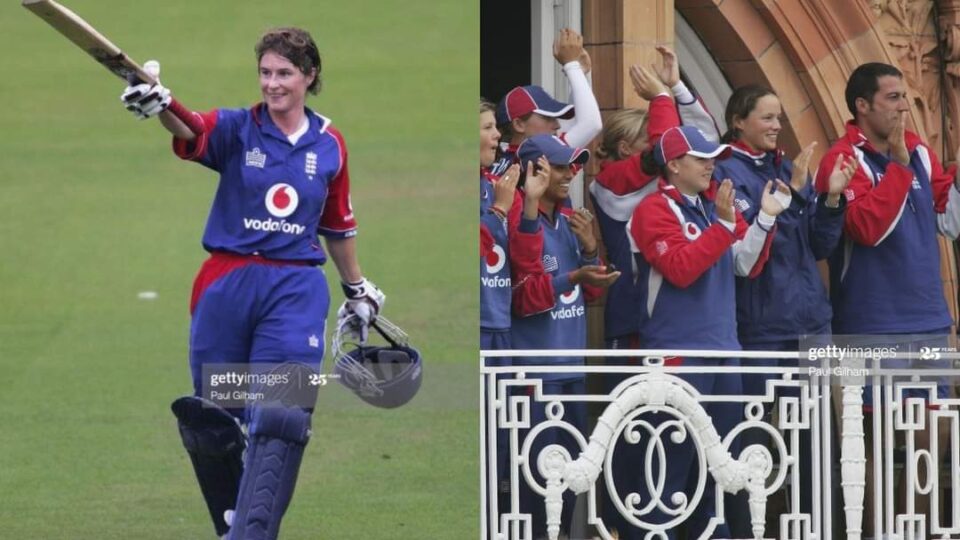 On this day, 2006, Claire Taylor scored 156* at the Lord’s. It is still the highest ever made at the venue.
It was India’s debut at the Lord’s and England’s 8th match. Opting to field first, India dismissed Edwards for a duck. Taylor joined Newton, and the pair added 126.

After Newton’s run-out, Gunn joined Taylor, and they added another 127. In both the partnerships, Taylor took the charge. It was her day, totally!

She got to 156* off 151 deliveries, England made 254. In return, India managed only 153/7. Morgan’s three wickets, Brunt’s two gave England a massive win by 100 runs. For India, Mithali Raj was the lone warrior with 59.
This match also marked the ODI debut of Sarah Taylor and Holly Colvin.