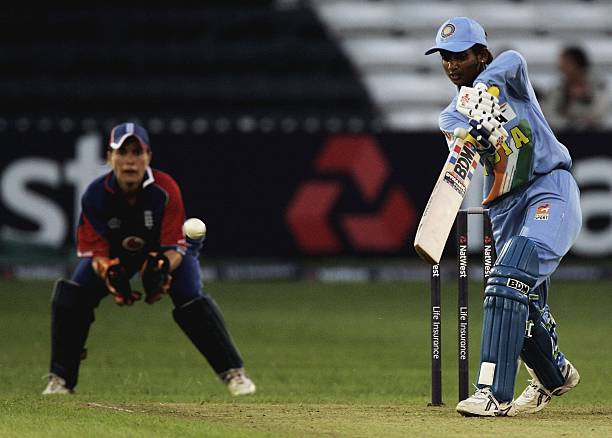 On This Day, 19th August, Mithali Raj made 73 against England.

Batting first, India got off to a good start with both Karuna Jain and Rumeli Dhar scoring in double figures. However, the momentum slipped when India lost them both.
Mithali then joined hands with Hemlata Kala to add a good partnership.

Mithali made 73 and Kala made 30 and they both got out towards the end. India made 185 with Isa Guha picking up four wickets for England.

In return, Jhulan Goswami and Amita Sharma kept things quiet but it was Dimri(2/25)& Khadeer(2/37) that kept India in hunt.

However, Sarah Taylor, Charlotte Edwards had a good partnership, scoring 40, 47. Later, Jenny Gunn’s unbeaten 42 helped England to win by 5 wickets in the final over.