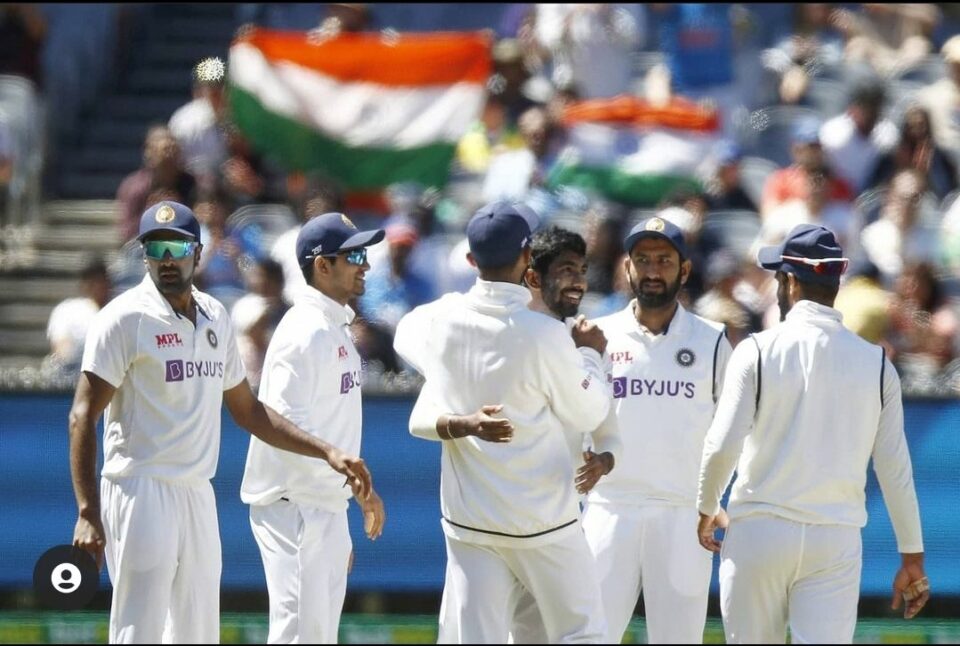 After a disappointing outing in the first Test at Adelaide, India bounced back well to win the 2nd Test, thanks to bowlers and Rahane.

The stand-in skipper led the team from the front with an excellent ton in the 1st innings where he shared an important partnership with Ravindra Jadeja. The latter got to his half-century as well.

Australia batted first in the match and made only 195 as Indian bowlers gave the team a great start. Bumrah grabbed four wickets while Ashwin had three. Debutant Siraj bowled well to pick two important wickets- Labuschagne and Green.

Labuschagne top-scored for Australia in the first innings with 48 runs. In return, India lost Agarwal early but Pujara and Gill added a good partnership to steady the innings. Debutant Gill had 45 runs while Pujara added 17.

Soon, Rahane took the centre stage while others played around him. He managed to score 112 before running himself out in a miscommunication with Jadeja. Soon, India ended with 326.

For Australia, Starc and Lyon had three while Cummins had two.

The Indian bowlers once again dominated the innings as they reduced Australia to 200 in the 2nd innings. Wade had 40 and shared a good partnership with Labuschagne who made 28. The Indian bowlers were too good to dismiss them as well. In the end, Green provided resistence along with the tail-enders. He scored 45 from 146 while Cummins had 22 from 103.

Siraj was the leading wicket-taker in the 2nd innings with 3 wickets to his name while Bumrah, Jadeja and Ashwin got two wickets.

Chasing a tiny target to win, India got to the target with ease and won the match by 8 wickets to level the series.