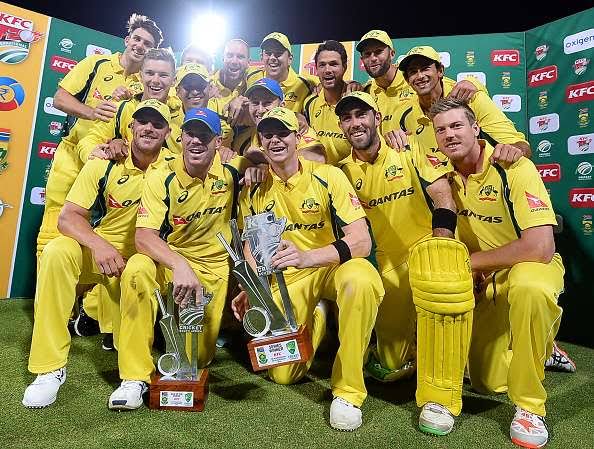 Cricket Australia announced their World Cup squad on Monday morning and with no doubts, the return of Steve Smith and David Warner is the highlight.

Peter Handscomb was the unlucky batsman to make way for Smith, despite the Victorian playing in Australia’s past 13 ODIs.

Between Handscomb and Marsh, the board has gone with their experienced head and their top ODI batsman in this troubled period.

Ashton Turner who single-handedly won a match against India recently wasn’t even a choice between Smith and Warner.

Injured Test seamer Josh Hazlewood (back) was the other big name to miss out.

The board is quite happy with Alex Carey despite his inconsistency.

This opened the door for Jason Behrendorff and Nathan Coulter-Nile. Adam Zampa and Nathan Lyon with travel as the spin options.

The group will meet for a training camp in Brisbane in May, the first time Warner and Smith will pull on Cricket Australia kit since their shaming at Newlands.

Australia will play practice games against New Zealand on May 6, 8 and 10 as part of the camp.