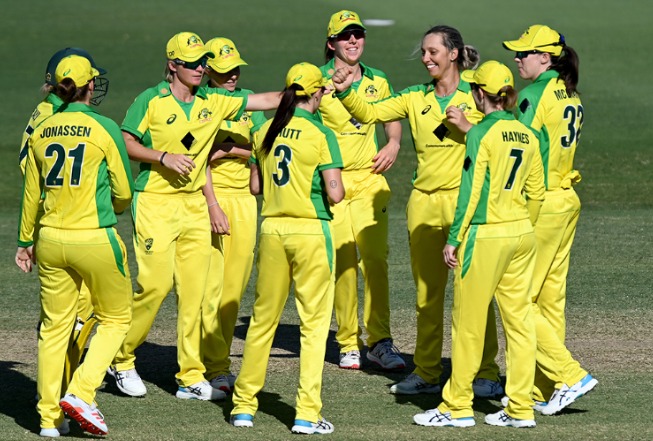 Australia are too strong for New Zealand today or any other team in this world currently as the team went on to create a world record by winning 21-straight matches in a row. Australia haven’t lost a match since 2017.

With no Meg Lanning, who suffered from a hamstring niggle, Rachael Haynes took over the responsibility and led the team from the front by scoring an excellent 96 right at the top. She had the support of Alyssa Healy who smashed 87 with 13 fours to her name.

The team then had cameos from Sutherland, McGrath, Mooney and Gardner as they reached 325 with ease.