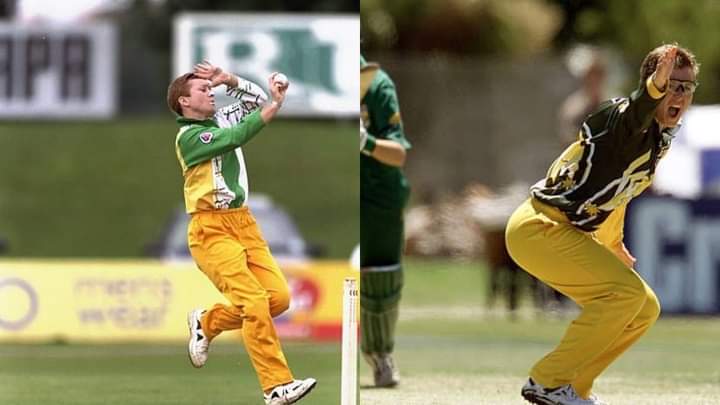 Day in and day out, you’d see Fitzpatrick hitting the right length with raw pace and taking the game away from the opponents. This is how she worked normally. Now, cricket is a team game and you need partners. Partners you trust, someone who makes life easier for you. Enter Mason.

Mason would complement Fitzpatrick by putting that extra pressure and making life easier for the latter. At times, it goes the other way as well. Mason was more of crafty. They knew each other for years right from their junior level. They were buddies who battled together. Initially, They began playing for one spot, but they both were too good to be ignored and thus, a lethal combination was formed.

Fitzpatrick debuted in Test in 1991 and a year later, Mason made her debut. She announced herself with seven wickets in the first match. When one thought things were going great, she had a stress fracture in her lower back and had to sit out for more than a year. She then soon made it to the squad but had to wait till 1997. She debuted in ODIs.

Her first assignment after Pakistan’s tour of Australia was Australia’s tour to New Zealand. She was a bit expensive than expected in the first match which Australia lost. She came back stronger in the second by picking up 3 wickets. And then everything started. She would pick up a wicket literally in every single match. She had at least a wicket in 40 of her 46 innings which is still a record and most of them were bowled.

In the 1997 World Cup, she played a major role in helping Australia lift the trophy. She had 9 wickets from her 6 innings with an economy rate of 2.39.

In 1998, she played her second and third Test but was wicket-less. She had to wait till 2001 to pick up her next wicket. She, however, continued to dominate the ODI circuit and ended up with 83 wickets with 4 four-wicket hauls and 2 five-wicket hauls in career.

Of course, cricket didn’t pay women more those days. They had to do some other job for survival and cricket was more of a passion. Mason had a day job too. She would hit the gym, go for the job, would come back for practice. During her time, she was totally unplayable. It was just so unfortunate that she had multiple injuries that kept her in and out of the sport. If not for the injuries, she would have dominated the game even more.