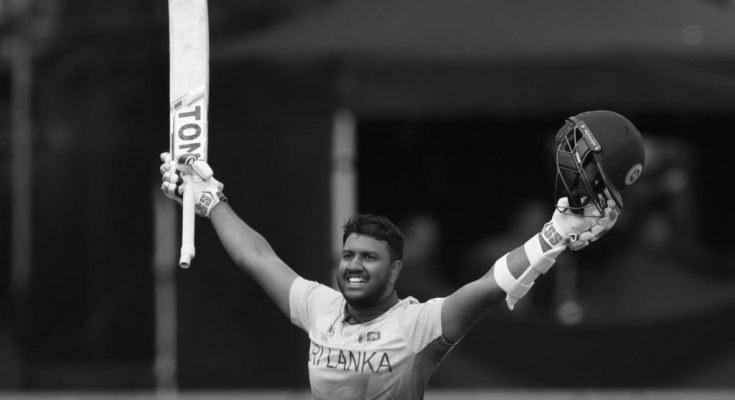 Tell him he is just 21 and he has played a great knock. He would say it is a long due and probably would add that he is little relief right now. Of course, that’s how run-machines react.

Sri Lanka has never been short of talent. Every nook and corner of their country has someone or the other playing the game well, but it is all about execution at the highest level. All about absorbing the pressure and playing accordingly. While a lot fails to hold on, a few really do survive. Avishka Fernando is one of the very few.

He is here because cricket has been his love, habit and the thing he breathes.

Definitely, the starting point for greatness comes from the family and his cricket-loving father, just like everyone else wanted him to represent the country. Fernando enjoyed all the training he had to go through when he was in grade two when he first picked up the bat. His father would sit with him and bowl a lot to polish his batting.

He had ten different shots for the same delivery. He can smash the same delivery for a six, but also he can find the right placement to run two. He watches the ball from the hand, there is this back lift that generates the power and tries to go with his instincts. At times, he would go over the heads of the inner-field while during other times, he would try to pick the games. In the end, the result would be the same unless he really wants to hit a six. He can play the inside-out shot through the covers as if he is playing the squash, he can play the same shot over the covers this time to clear the boundary. He can play the lofted cut over the point, a little reflection to what Jayasuriya would do. Most of the times, it is his mindset because he has all the textbook shots in his kitty.

He was aggressive on the nets but would keep in mind to play according to the situation. After he started practising leather-ball cricket in 2009, he only made heads turn. He was representing a college team when he was 13.

He not only did make it to the team, but he also smashed 100-odd runs against them. He was angry with himself when he got out that day. Still, he rates this knock, that day as the best day in his life. The hunger to score more kept him going. Well, to put it simple he idolizes Jayawardene.

A year later, he represented Sri Lanka for the first time in the under-15 category. He soon became the captain of the team and won an international trophy beating South Africa in the final.

He once scored back-to-back 1000 runs in the under-19 and under-17 tournament. The record books started to get replaced as he became the highest run-scorer for Sri Lanka in the Youth ODIs and also scored the maximum number of tons for the team.

It is not the batting alone. He has always been a dependable bowler for his team something that is yet to be explored in the international campaign. His record stands tall at 9 for 27 during his early days of the career.

Ask him who excites him the most, the fast bowlers or the spinners, he prefers fast bowlers (he would pause to think and would say the both) and he always dreamt of smashing some of the best bowlers in the world because he believes he has the talent to do so. He already did smash Jofra Archer for runs.

He wants to lead the team from the front, wants to hold that number four spot for the team. He keeps hitting the nets even on an off-day, he speaks to the ball and stays there till he is satisfied with what he is doing. All these years, there are things that changed from his life, but this hasn’t, and his love for the game hasn’t. With miles to go in his career, Avishka Fernando is all here to stay.