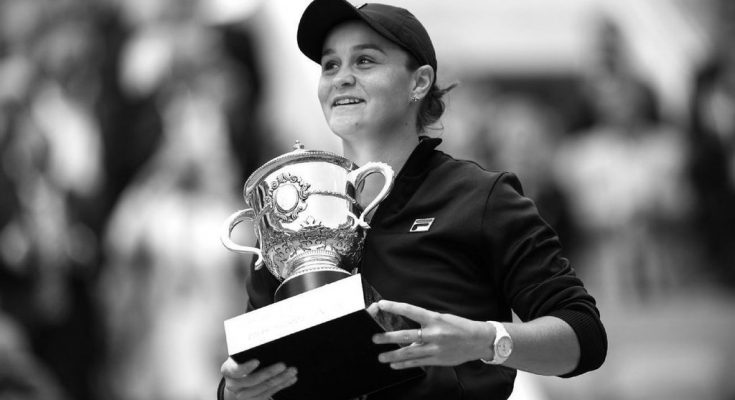 First things first, who do we call a superhero?
Someone perfect? Someone without flaws?
No, heroes have their own flaws too. The flaws make us connect with them. The flaws are something that actually elevates them to superheroes. Ash Barty is a superhero in many ways. She gives us life lessons. Beautiful and inspiring life lessons at just 23. The age when the reality hits us.

It was just three years ago, where she switched her career back to tennis from cricket. Yes, she was just 20 then. Barty made her Grand Slam debut at 15 and she was bowed out early as expected. Then she was ready to leave a sport which she was practising for more than a decade to a sport which she never even practised.

Call her dumb. Call her whatever you want. Still, she followed her heart to be there to play cricket. She gave her fullest to make heads turn at Queensland then at Brisbane’s Women’s Premier Cricket club. The result was satisfying as she a step away from making her debut to the Australian team, yes, she made it to the Brisbane Heat to play in the WBBL. She wasn’t poor there either.

Somewhere, a part of her still wanted to go back to the place where she started, to Tennis and of course, there isn’t a special place than the home surface, the Australian Open.

She was pushed down from World Number 40 to somewhere around the 600-mark and had to start over. She didn’t straight away make it to the top but there was progress with every single tournament, every single match.

A few constant third-round exits- Gracious in each of her defeat- followed by a peak performance here and there, had Barty enter top-100 easily. 2018 was good and 2019 is even better. A quarter-final appearance at the Australian Open, winning Miami Open which is considered as one of the toughest, battling out an injury right before the French Open and she came into the French Open with high hopes yet completely clueless but her untold potential paved the way for the history something destined to happen.

Well, who would have expected that her best run would come at her least favourite surface?

Barty knew to strike the iron when it was hot. She wasn’t the favourite at first to win the tournament but slowly emerged as one when she made it to the final four. Her growing maturity and confidence was a beautiful sight.

If one thought that this was her best performance, she bettered herself with every single match. That’s how she was playing. Something you call it as consistent.

A Grandslam win is only going to make her better. The flawed hero has carried the hopes of the country and did justice to everything she was hoped to do. I repeat she is just 23.

Most importantly, how it is okay to try everything and not regret any of the life decisions.

Once again, she is a hero. Flawed. Superhero.

Welcome to the Barty Party.