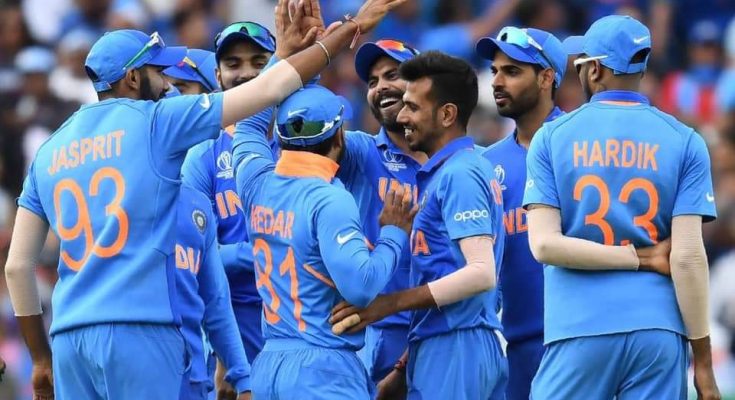 We have seen the one-man show in the Indian team. Either of the top-three standing tall when it is needed but imagine the effect if all the three players do well. Yes, it was today. In fact, every single batter played well.

Kohli was right at the toss and opted to bat first, something Finch wanted to do as well. The Indian openers made sure to access the conditions well initially and they started to build an important partnership. While Rohit Sharma got out for a beauty off Coulter-Nile at 127, for 57, Shikhar Dhawan carried on, to score an excellent hundred, his sixth in the World Cups. Interestingly, Dhawan had 16 fours and zero sixes for his 119.

After Dhawan’s dismissal, Hardik Pandya walked in at number four and along with Kohli, he did his job right, smashing the deliveries all around the corner. He had to go for 48 off 27. Dhoni who followed next smashed 27 off 14 whereas Virat Kohli managed 82 off 77. KL Rahul played the finisher role for India this time with a 3-ball 11 to take India to 352, their highest total against Australia.

In reply, the Indian bowlers executed their plans well that pushed David Warner to the back-foot, and some good fielding added the worries for the defending champions.

It was the over of Hardik Pandya that released the pressure a bit as Finch took him on, but in the next over of Pandya, Finch ran himself out at 61. While Warner was struggling at one end, Steve Smith played his natural knock, rotated the strike, but unfortunately, the rising run-rate didn’t help Australia as Warner tried too much, got out after making 56 off 84. Khawaja’s intent to score quick runs was right and he did score a few boundaries.

As expected, Virat Kohli went back to Bumrah when Khawaja took Kuldeep for runs and Bumrah removed Khawaja straight away.

While the wickets tumbled at one end, Alex Carey made the batting look easy with his knock of 55 off 35 deliveries, but it wasn’t enough on the given day to take Australia home.

This 36-run defeat ends Australia’s winning streak of 10 ODIs before this match, their 19 consecutive chases record, 8-match winning streak at the World Cup.