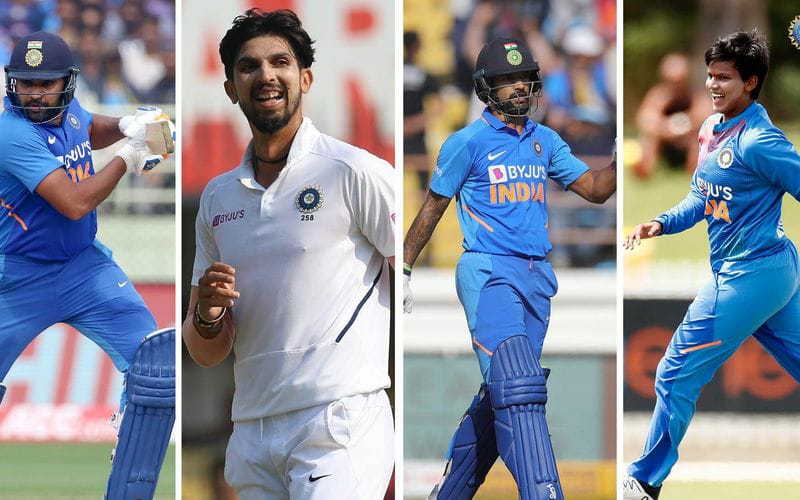 The Board of Control for Cricket in India (BCCI) has nominated Indian opener Rohit Sharma for the prestigious Rajiv Gandhi Khel Ratna award, whereas, India’s other opener Shikhar Dhawan, pacer Ishant Sharma and all-rounder Deepti Sharma are nominated for Arjuna award.

The Government of India’s Ministry of Youth Affairs and Sports had sought invitations for the respective awards with the period of consideration beginning 1st January 2016 to 31st December 2019.

Rohit Sharma, right when he started opening in the international cricket, is doing an excellent job and is a vital cog in the team. He was the leading run-scorer for India in the 2019 World Cup as well.

His limited overs partner Shikhar Dhawan is equally excellent and both Sharma and Dhawan complinents each other while opening the innings.

Indian pacer Ishant Sharma is leading the pace attack from the front in the Test cricket. He also holds the record for most wickets by an Indian pacer outside Asia.

The youngest of all the nominees, Deepti Sharma is undoubtedly one of the best players in the current Indian team. She also holds the record for most runs in an innings by an Indian in ODIs. She involved in a mammoth partnership of 320 with Punam Raut. That was the first 300+ partnership in women’s cricket. She also is the only Indian woman to pick six wickets in an ODI. She represented Western Storm in Kia Super League and her unbeaten 39 took their team home to win the championship last year.

Didn’t expect it: Ganguly on MSD handing captaincy to him in final Test