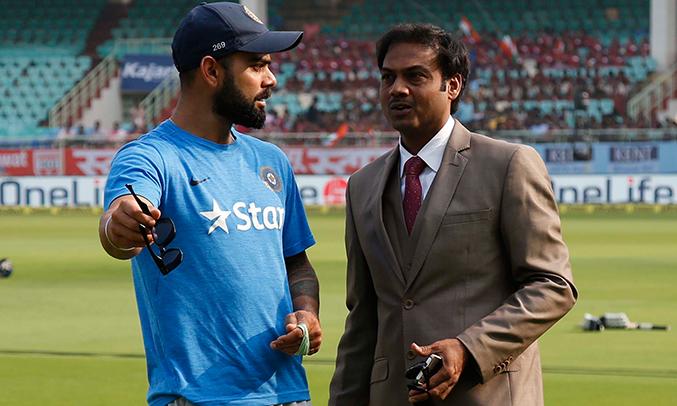 BCCI selector MSK Prasad opens up about the World Cup team selection in the Press Conference and here are a gist of what he spoke.

Talking about why Dinesh Karthik was selected ahead of Rishabh Pant, MSK Prasad said:
Pant was almost there but missed out on wicketkeeping skills and We have seen Karthik finish matches under pressure that is what went in his favour. Second wicketkeeper (Karthik) will play only if Dhoni is injured.

Khaleel Ahmed’s name was also in the list but he narrowly missed out.

On why Vijay Shankar selected ahead of Rayudu:
After the Champions Trophy, we tried quite a few people [at No.4]. We gave a few more chances to Rayudu. What Vijay Shankar brings is three dimensional. What was discussed was Vijay Shankar will bat at No. 4. We also have a role for KL Rahul at the top.

To confirm a few things, Prasad added: IPL form was not considered for selection.

He will be a reserve opener but if the team needs he can bat in the Middle-order too.