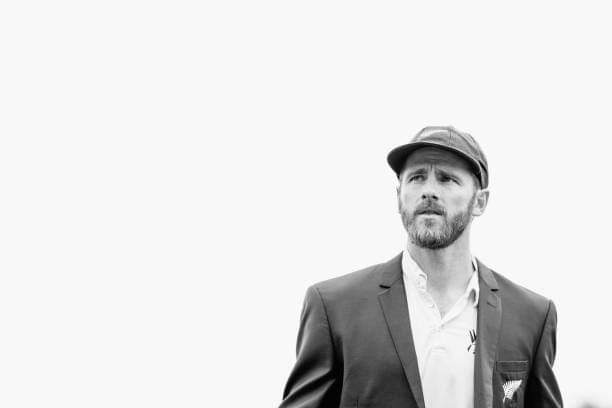 New Zealand is a rugby-mad country. They do produce many cricketers but not many run machines. Or they don’t want to because they have Kane. Kane is able and enough.

Kane is probably the most selfish player you’d meet. You cannot tire the bowlers, tease them with your grace and make them go all long while slowing, killing them. I mean what kind of human is he?

Oh, he is not a human. Of all the possibilities Humans have emotions. A slight grin or guilty fist pump are not emotions at least not for someone who lives and eats the content of Kohli every single day.

“It was one of those things”. I mean, what kind of human would lose the World Cup without actually losing it and say things like that? He should have told that it was umpire blunder, ICC’s blunder, luck factor or at least should have shown a bit anger on his face. He was smiling. He was appreciating the game, the opponent, the star player, motivating his team despite drinking the emotions like it was a Reb bull. I don’t see a human do things like that? Letting go is a process and for Kane, it doesn’t even matter. How can he do that?

How can one see positive things in every single situation? Not at least when the World Cup was just too close and in a whisker, it was long gone, took a bus to England. After all he did, he went on to ask “me?” when they announced his name for the player of the tournament. It is probably the saddest GIF that is around since the World Cup. But the thing is, he wasn’t really sad. Of course, he is an emotionless alien hidden behind the beard that everyone came in terms with as a choice of fashion.

Well, it was not a choice but he had to do that to look like someone who turns 30 today and not like a kid. Maybe, the memories of being a prodigy and playing alongside cricketers who are elder than him made him feel that way. He doesn’t want to be a kid anymore. He wants to bond with players of his age. I mean finally.

For someone who has been in the spotlight since he was a kid, it certainly is difficult. Now, whose fault is that? Who can go days without getting dismissed and the only day he didn’t play was when they had to retire him. You. Simply. Cannot. Bat. Like. That. Not especially in a tiny place where the information travels quick.

Yes, the information travels quick and that’s one of the reasons why Kane is who he is. When he was young, there was a guy who told papers that he was Kane and went on to give an interview. The interview did not have good language and there were so many words about himself that you think Kane would never speak in his lifetime.

Kane was visibly upset with the interview and worked all the way through to be the exact opposite of what was written there. Maybe, he had to. Maybe, it wasn’t about what people thought about him. It was about the fear of him turning to be that person. Because Kane judges himself. Because Kane loves solutions than thinking about the problem and maybe, being someone who is now is the solution for the uncertainty that clouded.

A lot would go into his upbringing. He has four siblings and they don’t fight, get jealous but appreciate each other’s achievement and takes pride in that. Anxiety is a filler product of failure. They love to piggyback but when you grow up with the circle that constantly support and brings the best in you, You are almost free from the curse.

Anxiety also comes when you know what is being written about you. Kane doesn’t really care. Maybe, yes. He loves fan-lovveee. I had to add a few letters more because there is just too many. He doesn’t really think about the stats and everything but enjoys the game, the process. When you don’t take too much of the numbers, it cannot kill you. And when you don’t more about yourself, there is always space to acknowledge and appreciate your teammates for their efforts. He has always been that way.

You would see him enjoy his teammates’ achievements more. You would see him smile, jump and now, don’t get carried away. This is Kane we are talking about. When it comes to his achievements, there is a satisfactory grin. That is all you get from him. Even when you tire Steyn, even when you play through the day with thousands of blows, even when there is sledging around you, even when you won a thriller. To go one place further, Kane would really go to that extent to appreciate his mean opponent who almost took the game away from the team.

As beautiful as his batting, his press conferences are equally generous. It’s more about thanking, applauding his teammates and less about him leading the team from the front. He doesn’t have good humour, he is not Neesham to win the internet with replies. But he is Kane and we do laugh at his stupid jokes even it is really not that funny. Because we love to.

Kane doesn’t give away so much. You don’t find a hint to sledge him. He doesn’t care if you do. It is not going to test him. His anger or anything. He simply doesn’t care who you are when he holds that bat on his hand. Because the bat does the talking. He is too good to be criticised. Kohli calls him a nice guy. How often you see that?

And if you criticise him, he doesn’t go writing back but would invite you for lunch and would ask what went wrong because he can learn from it and can be the best once again. Oh, he hates comparison. He doesn’t have a great body and doesn’t cover the stumps like most of the run-machines but what he does is, spends thousands and hundreds of hours at the nets to learn every day and would grow every day. He has this fear to fit in and the practice let him find new strokes. Remember, lap shot?

Now, Kane’s life would make a terrible film. He is all perfect and people hate perfect guys. We love flaw heroes. We love to write about them. What would you write about the guy who fancies a cup of tea, a book and sunset? The stereotypical stories that works are always about the guys who kill someone, who parties hard, who talks back or even better who leads a cult. Kane doesn’t fit there… Or not.

No, no. This is Kane and he fits everywhere. If not, how will you explain the roles he plays in his team? He was too young when they added the burden of captaincy to his shoulders. He was too young when he faced some of the top players in the team. But Kane never complains. Who knows, he could fit in a film too if it is about a boy who thinks stealing a candy when he was young classifies as a prank. Even my three years old niece does that. Don’t tell him though. Let him live in his bubble. Just happy as he always is.

To me, Kane is like this brand-new series that I began watching even before the people knew about it. The series grew like a part of me and it was my go-to but right after season three or four, it became a hit and now, everyone is binge-watching the series because it is too good.

Of course, I’m possessive of the series and to see millions of people (oh, they think) share the same emotions it doesn’t feel right. Of course, I want the rest of the series to be a success but hey, stop caring this way (again, you think) and leave him to me, please?
I love that you are emotional but please go, shower them to your Smiths, Roots, Kohlis.