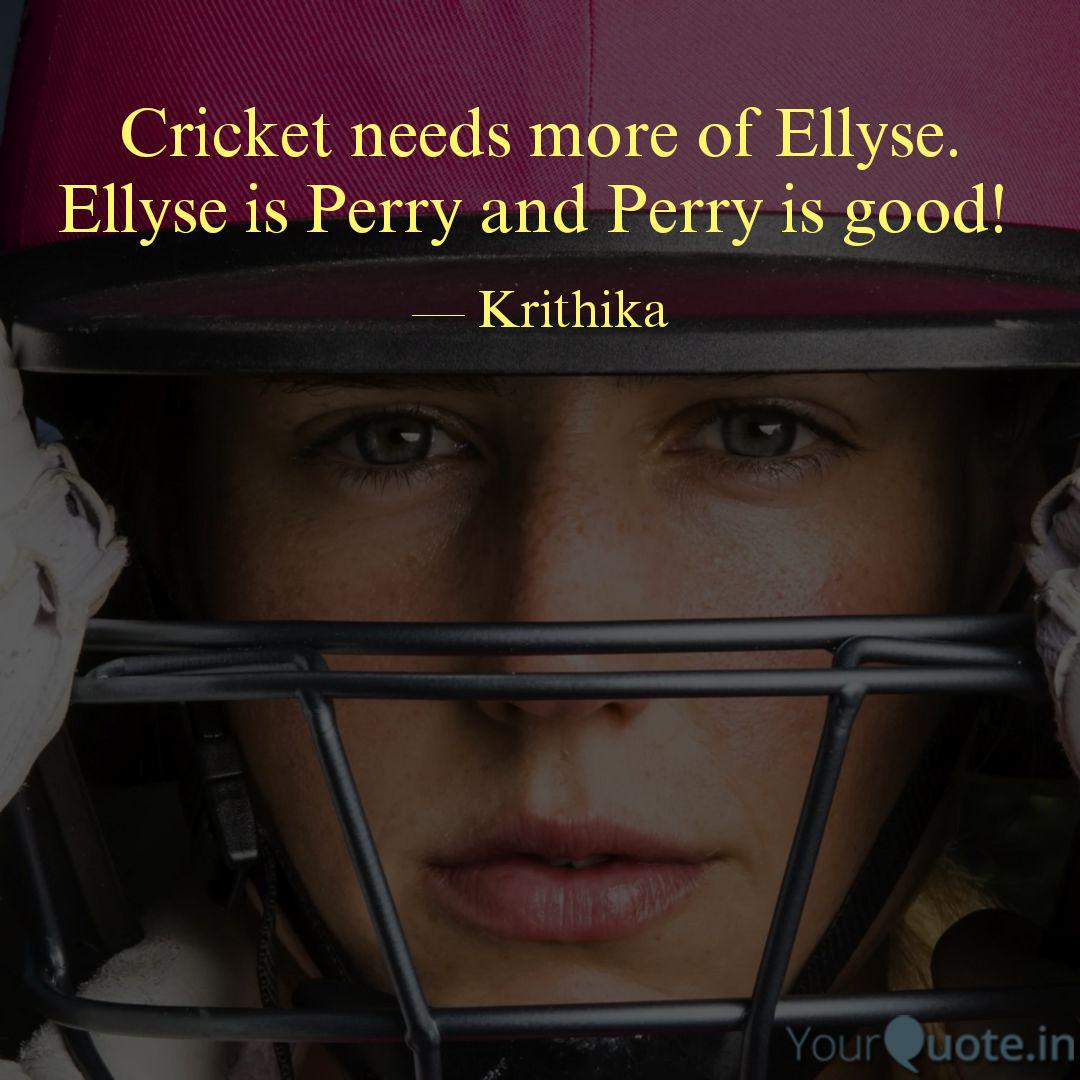 There were players who notched 300 runs in a season of WBBL, there are superstars who smashed 400 runs and then there is Ellyse Perry. The batsman, the all-rounder, the captain. What do you call her?
She had an “extraordinarily” outstanding tournament with whopping 744 runs from 15 matches with a better strike rate just over 123 at an average of 93.

A season with plenty of runs, another shot at the title, leading the team from the front well and truly. This turn-around or the reinvention one might say comes after the World Cup T20 in West Indies which saw Australia lift the cup once again but for the talent and an experienced player like Perry who batted as low as number seven, it might be something unforgettable and bad. For someone like her, it should be, but it’s Perry. You can never get into her head and pull out the words from her mouth to know how she really felt. Ask her, she would give a possible diplomatic answer. She would laugh, would say a no, and talk about how cricket is a team game, and how she is happy for the team. That is who she is. A perfect leader, but also a team player.

Come WBBL, she was unstoppable, hitting the ball as clearly as possible, hitting them as straight as possible. She would play inside-out shots but also would nudge the deliveries towards the boundary on the leg side, but this time, she not only played shots that reach them but shots that went over them. An improved back lift, shots like a bullet. Include those traditional cover drive as well.

With the rapid growth of women cricket and the urge to score quick, the cricketers are trying different possible shots to score runs. Say, #NatMeg or my favourite #Suzie’s scoop but what separate Perry from them all is that she prefers traditional, book shots to score runs. Something that’s dying right now. Something that looks cuter in the red ball cricket, something that Perry even showed during her double century in the Ashes. The credits definitely must go to Mark, his dad who spent uncountable years working with Perry to help her get the basics right and still working on tweaking them.

This few days before the start of WBBL was nothing new for her. She practised for hours. The practice sessions would rarely have unorthodox batting. All she would do is bat straight for like hours without getting bored. Probably the first to enter the field and last to leave. She loves to master whatever she does. Instead for unorthodox shots, she would try to tackle them with textbook shots. For example, on a turning wicket where almost every single player would opt for a sweep shot, she would practice for hours and comfortably would play a cover drive something not all the cricketers in the world can do. She admires a lot of players, watches their game and learns from them as well. The Wicket-keeper Healy’s shots are one of her favourite lessons.

Considering the fact that she is one of the most loved cricketers in women’s cricket, her performance is important to gather more crowd for the women’s game. Tomorrow when she comes out to play the final, she is in a zone where probably she would be the most relaxed person out there.

#cricket needs more of Ellyse because Ellyse is Perry and Perry is good.