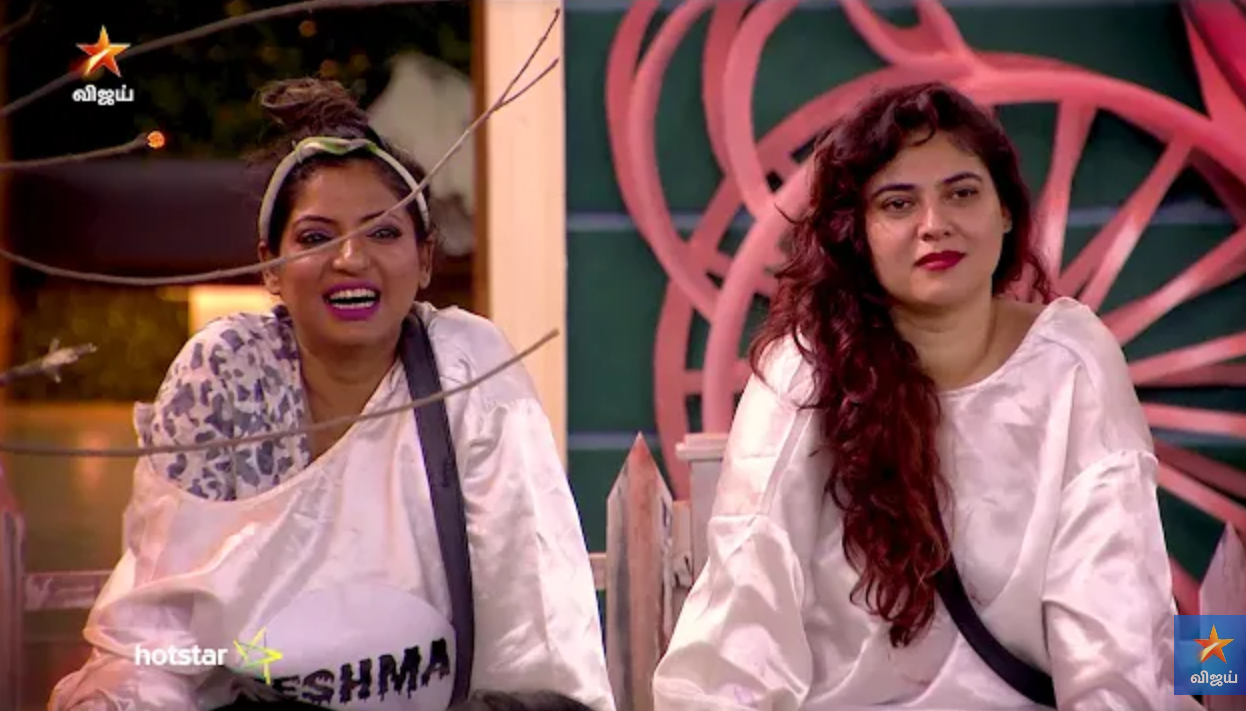 It is another day into the Bigg Boss house where we see Vanitha, cleverly, killing the housemates and still keeps her cover on. There is a dispute between Cheran and Meera today who always step on the wrong foot regarding the chores in the house. Abirami, as a captain, tries to resolve the issue which eventually stops at a point when Cheran gives in during the argument as Meera doesn’t seem to listen what he has to say and he to her.

The suspended Luxury budget task is continued today. Sherin and Reshma are the two victims of the culprit act of Vanitha and Mugen.

While Sakshi, Sherin and Mohan sit under the sun as the ghosts in the task, they feel that they are not appreciated enough by the housemates and instead they feel that they are being teased insensitively. Sakshi and Sherin have problem with Madhu and Losliya talking about them which Madhu denies. And Mohan has problem with Sandy’s way of mocking his condition. Mohan feels that he is not given enough respect and takes silly comments to his hearts and worries.

The housemates are asked by Bigg Boss to give a light-hearted eulogy to the contestants who are ghost in the task. Sandy and Tharshan make their remarks and produce a comical relief as usual while others seem to give a forced speech. And it seems what Madhu says in the task is taken out of context and expanding the crack still more between her and the others.