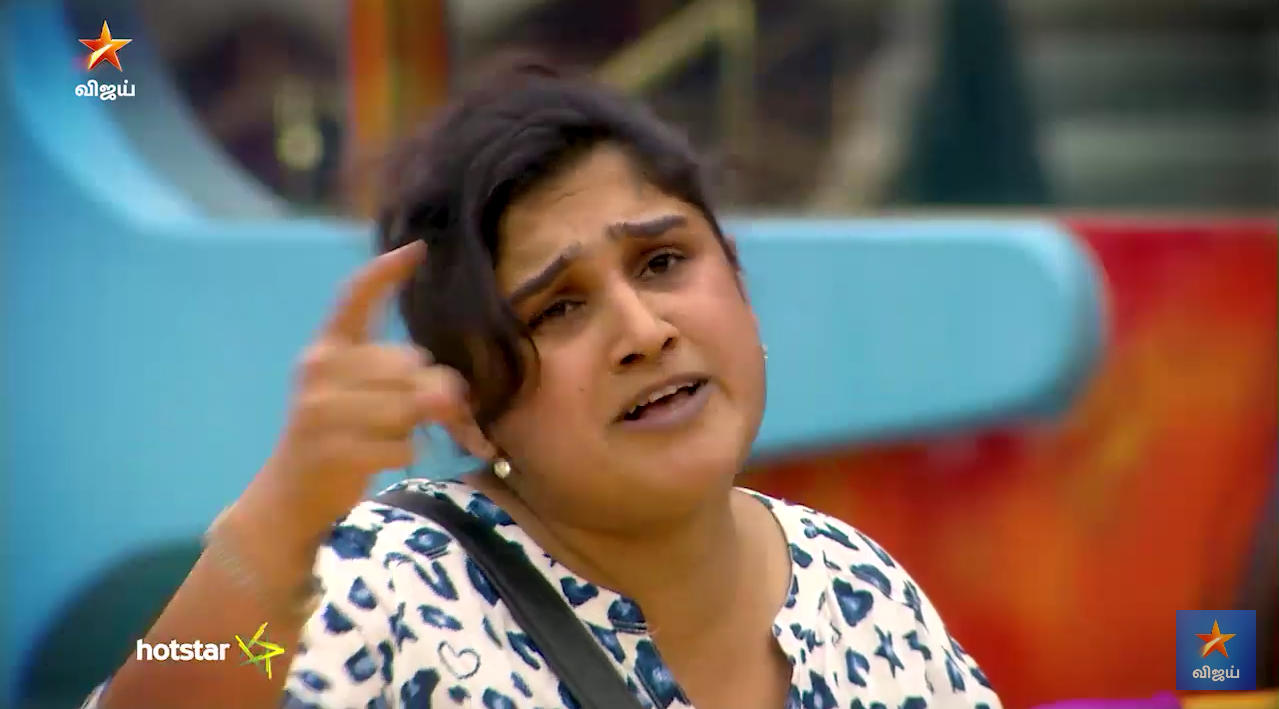 The heated moments from yesterday’s episode spread today too in the Bigg Boss house. While Saravanan sounds disappointed towards the contestants, Madhu accuses Meera of talking about Kavin and Losliya’s breakfast together which in turn Meera’s words slightly triggers Sakshi. And Meera denies of such talks. While Kavin and Cheran spend the night in the house jail, Tharshan and Meera get involved in a heated discussion about Meera’s act towards her “friendship” with others which is varying from time to time.

The next day starts and the captain of the house for next week is chosen through a game. Vanitha, Mohan and Sakshi play the game. Mohan quits the game as he couldn’t parallel with Vanitha and disappoints at the housemates as none of them seem supportive of him. When Vanitha and Sakshi play the game, Vanitha couldn’t match it and calls it an unfair game with improper rules. She quits the game and removes her microphone. While she angrily waits for Bigg Boss to call her, Tharshan counters her act as she shouldn’t have called it an unfair game after played it with Mohan. This triggers Vanitha’s anger and she verbally pounce at him. Vanitha sounds to question Abirami’s credibility as a captain and blames her for not taking the charge to resolve the dispute between her and Bigg Boss and also blames her for Tharshan’s “unnecessary” involvement in the argument with her.

Housemates seem to take Tharshan’s side. Hence eventually Vanitha smooths the issue and ends it. Household chores are divided among the teams. Madhu is the captain of cooking team. She seems to be a bit hesitant about her responsibility to fulfill the food needs of the house and Saravanan takes the pressure off of her by assuring to take care of it. We are at the weekend again and let us see what the host Kamal has in store for the contestants. We will know tomorrow that who gets saved. We will know who is leaving the house on Sunday.