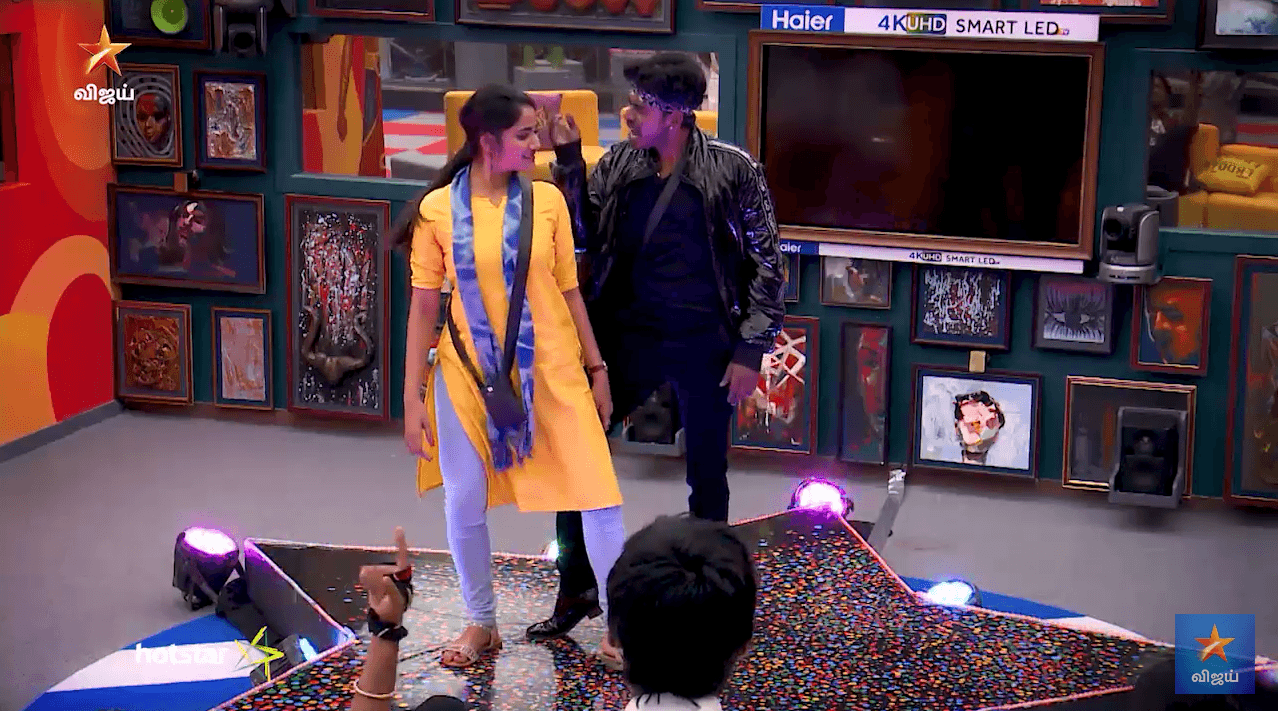 Today is all about showcasing the contestants’ talents on the stage. Kavin is still emotionally down. He is in a confused and a disappointed state with Sakshi whereas Sakshi shrugs off all her burdens and be in the moment. Contestants are given a stage where they have to dance when the music is on. Each contestant is assigned to character and they are required to be in the character until the task ends. The housemates are taught how to rap in the beginning of day by Mugen which consists of fun bits. As the days are numbered, it is unsure to say who will turn against who.

We see today Saravanan appears on the stage as Captain Vijayakanth. He sways brilliantly and brings out the character as it requires. We then see Cheran dances to an old Rajini’s number and enacts it to a near perfection. Kavin, who is given the personality of Ajith Kumar, maintains it throughout the task and wins the hearts with his punchy one liners even off the stage too. Mugen, as Vijay, showcases his talents on the stage rather off the stage. Lolsiya’s personality is given Trisha. Sherin and Sakshi are Kushboo and Tamannaah. Reshma wears Ramya Krishnan’s personality and Abirami is in Padmini’s role. Tharshan is given Kamalhasan’s personality. Madhumitha and Sandy sink their teeth as Saroja Devi and Simbu respectively.

Kavin dances one of Ajith’s number with a swag. Madhumitha does a near perfection performance of Saroja Devi. She mimics Saroja Devi elegantly. It is Losliya and Sandy who win the show by stealing everyone’s hearts with their performances. The task for the day ends on a positive note. We have more to see in the upcoming days as so many talents are waiting to grab the light on the stage.