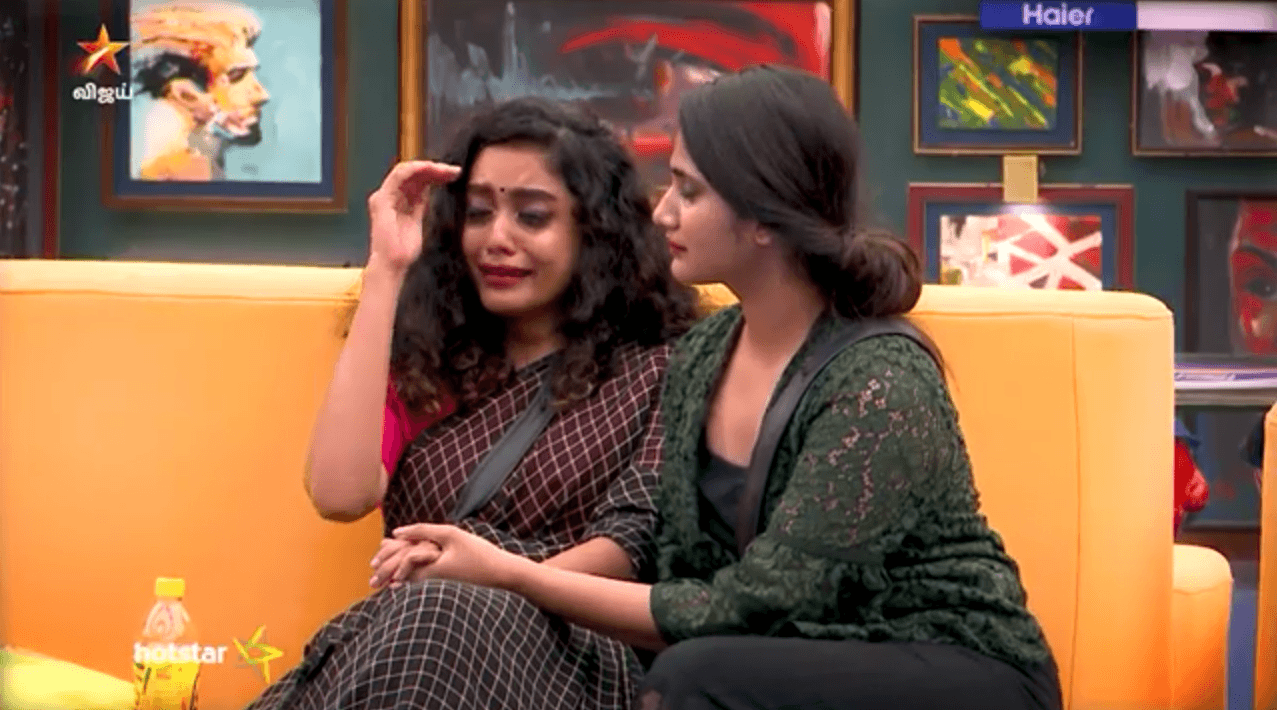 An unforeseen event has taken place in today’s Bigg Boss episode. Saravanan, who divulged a sensitive episode from his past, 2 week back, in the Bigg Boss episode in front of the host Kamal, has been expelled from the house today. Bigg Boss season 3 has registered the moment of truth in its endeavour. It has once again proved itself as a socially responsible tv show which never show tolerance towards any wrongful, unjustified actions that are happening around us in the society. Saravan admitted his misdemeanors towards women in the past in front Kamal, 2 weeks back. Bigg Boss firmly asked Saravanan in the consecutive week to apologize in front of the viewers in the confession room. Saravanana clarified that he wasn’t trying to endorse such actions among men. He wanted to apologize for his actions then and there in the show when it had Kamal. Due to the focus was on Meera and Cheran, his comments went unremarked at the time. He apologized in the consecutive week for his actions and tried to tell the reckless young to be aware of their missteps by taking him as a lesson since he walloped for his actions.

Bigg Boss takes a stand today that the mere apology can’t correct the event in the past. As this remarks are out there on the national television broadcast, Bigg Boss team resist to leave this issue that easy. It takes an unshakable stand today and expels Saravanan out of the Bigg Boss house through the door to go outside from confession room. Bigg Boss team feels that even this event had happened in the past, they feel responsible towards the society on who and what they advocate in their show. As Saravanan’s mere apology didn’t suffice his inexcusable action, this is a commendable stand by the team. We see him leave through the door, he didn’t bid a word of goodbye to the housemates. Saravanan, who was one of the realistic persons in the house through his vivid comments and actions, has to leave the house due to the constraints the time has weaved for his actions.

Aside from this unexpected revelation from the show, today’s episode deals with the outburst of Abirami-Mugen. As we saw Reshma leave the house yesterday, the house was in a silent state which was trying to feel Mugen’s pain. Sakshi has been inflicted from yesterday’s task when Kamal asked Cheran who was playing Abirami’s role that if she is ever jealous when Mugen talks with Sakshi. Sakshi asks Abirami, right after Reshma’s departure, just before settling down for the night. Abirami, who is focussing on Mugen’s emotional balance as he feels responsible for Reshma’s eviction, snaps at Sakshi for it isn’t the appropriate time to talk about it. Sakshi is taken aback by Abirami’s sudden reaction as the former only tries to clarifies the conflict before she even forgets about it. Abirami storms out of the place after remarking at Sakshi as she only thinks about herself. Sakshi counters as “Look who is talking” and infuriates Abirami.

Abirami finds comforts on Losliya’s shoulder and disappointed at Mugen as he doesn’t take her side and doesn’t storm out of the place along with her. Sherin advises her to put the issue to bed and think about it calmly later. Mugen finds the strength to comfort Abirami and goes to her. He still finds her crying. For him, it complexes why would such an issue even hurt her when they are in a clear cut vision of their relationship. For Abirami, it hurts her more as Mugen didn’t stand by her than the hurt from Sakshi’s comment. Mugen doesn’t seem to be emotionally stabilized and not in the right mind to console someone else when he himself is in need of some consolation. He loses his cool and punches a hole through a wooden part of a bed and scratched his hand. Abirami is stunned and comes back to the moment to reality. She decides to heed his words just before he is taken away from Abirami before something serious would happen. Madhu and Saravanan are concerned at the housemates who finds way to start a fight.

Abirami cools down and talks with Mugen steadily, without crying. He reminds her of their relationship set up in the house and advises her not to take it too far before one of them is really affected by it. Abirami listen to him.

The morning begins. Sherin and Sandy teach gibberish to the housemates as a fun task. As usual, Monday brings nomination instead of motivation. The housemates are struck with Abirami’s recent outburst. Mugen can’t be nominated as he is the captain this week. Some of them are still clinging on to Kavin-Sakshi issue when the parties themselves seem to be moved on. Losliya, who step on the wrong foot with all the housemates last week when Kavin-Sakshi issue is exploded, is also nominated this week for the first time. Many of them feel that Losliya is a girl who turned out be an arrogant girl while appearing sweet. Abirami, Sakshi, Saravanan and Losliya are nominated for this week’s eviction.

Losliya, who seemed to be a woman of few words in the recent times, has opened up to Abirami and Tharshan. She finds them as the true companions in the house and tries to explain what has been bugging her all along in the recent time. It seems the nomination triggered something in her. Right after the nominated people are announced, Losliya gets up and apologize in front of everyone. She doesn’t want to be seemed as she is only apologizing for escaping from nomination. She truly apologize from the bottom of her heart without expecting any favours in return. We also see a little meet cute flirtation between Sherin and Tharshan and get caught during their sly act which gives some room for fun today. The housemates participate in a airtel thanks task in which Tharshan, Abirami and Losliya win as a team and gets to enjoy a victory cake.

As Saravanan doesn’t get to say goodbye to his friends and others in the house, We are yet to know the reactions of his friends Sandy and Kavin tomorrow. We will see how they tackle without their guiding light.