The duo (semi-couple) in question today is Mugen-Abirami. The housemates meet Kamal with the new entry in the house, Kasthuri, whose presumption of the contestants gradually has changed as she is right in the field now.

We peek into the house to know what happened on Friday. Contestants take part in the Prisma Fashion show 2019 to win Mr. And Ms. of Prisma comfor wear. The housemates are paired and Kasthuri is the judge of the event. Sandy-Sakshi, Kavin-Losliya, Mugen-Abirami, Cheran-Madhumitha and Tharshan-Sherin are the 5 pairs who do the ramp walk on the stage for them with the outfits the reflects their personalities. It’s entirely a fun event that boost the morale of the contestant. The confidently Shirtless Tharshan and the gorgeous Sakshi who reflected her inside beauty win the titles. The participants are gifted by some great goods from Prisma at the end.

Sherin feels that her attention and love towards Sakshi is underrated by her. She feels Sakshi isn’t making any effort to keep the bond strong between them. Sherin feels disappointed at Sakshi that the latter hasn’t paid any attention to the welfare of Sherin. Sherin shares this with Madhu and Cheran who genuinely understands her concern and takes care of her. Cheran comments that Sakshi is still like a child who wants to be attended by everybody and is taken aback when she is not paid the attention she expects.

Sakshi and Kasthuri spends some quality time. Kasthuri asks Sakshi that between her and Losliya, who are in nomination this week, who Sakshi would want to leave the house. Sakshi says she wants both of them to be in the house to keep the events interesting. Kasthuri counters that she has an instinct about it and she will understand the truth soon. Mugen is being mocked when he is sitting alone by Sandy as this would his the most peaceful time when he is away from Abirami’s presence. Mugen sees Abirami packs her bags for the eviction evening and comments it to the guys as he would be missing her and he thinks it would be good too if she leaves. This is about Friday. And the next day begins when contestants meet Kamal.

Kamal asks Kasthuri her opinion about each and every one of them in the house. She admits that her opinions are reversed as now she is right in the field among them. She is inspired by Cheran’s caring towards others. She just names the young ladies of the house “loosu ponnu” (dumb girls). She records her share of praise for Tharshan and calls Kavin and Sandy are mischief-makers of the house. And the event is reversed. Contestants are asked opinions about Kasthuri. Most of them hope to see a change in her presumption and a few of them are eager to see her true anger self soon. Kasthuri plays the Hero-Zero-Villain game and name Tharshan (and Sherin) as positive people, the heroes in the house gives them a rose garland, Zero as Kavin, who doesn’t look beyond flirtation, gives him an egg and names Sandy as the villain, the strongest contestant of the house and punches him with a boxer glove.

Kamal asks Mugen about his fight with Abirami last week which resulted a broken bed in the house. Mugen and Abirami’s headspaces are analyzed today. Abirami announces that she loves Mugen unflinching-ly and she knows she is only friendzoned by Mugen. She also knows that Mugen is clear with his idea about this relationship and she is only loving unconditionally, without expecting his love in return. Kamal points out that unconditional love is priceless and it embraces the people in a small circle. But when that love starts to shrink the circle and tightens the person, it would choke him/her. Kamal advises Abirami that this love shouldn’t hinder in the way of his success. Abirami takes the advise but breaks down easily. She takes a moment and advised by Losliya too to give Mugen his space and not to give anyone the reason to blame her for his hindrance. Abirami listens to her. And while Abirami is taking her moment, Mugen is advised by Cheran and others that not to give her the chance and hope to bond with him. They tell him to occupy himself with other works which keeps him away from him.

Housemates play Angel or Devil game with their fellow people. Each of them crowns their angel and devil with reasons that they thought that fit. Sherin collects the most of Angel crowns while Abirami, Sakshi and Kavin most of the devil horns. 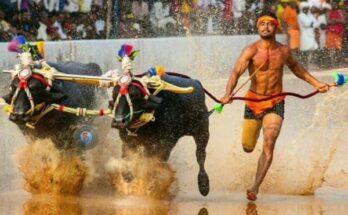