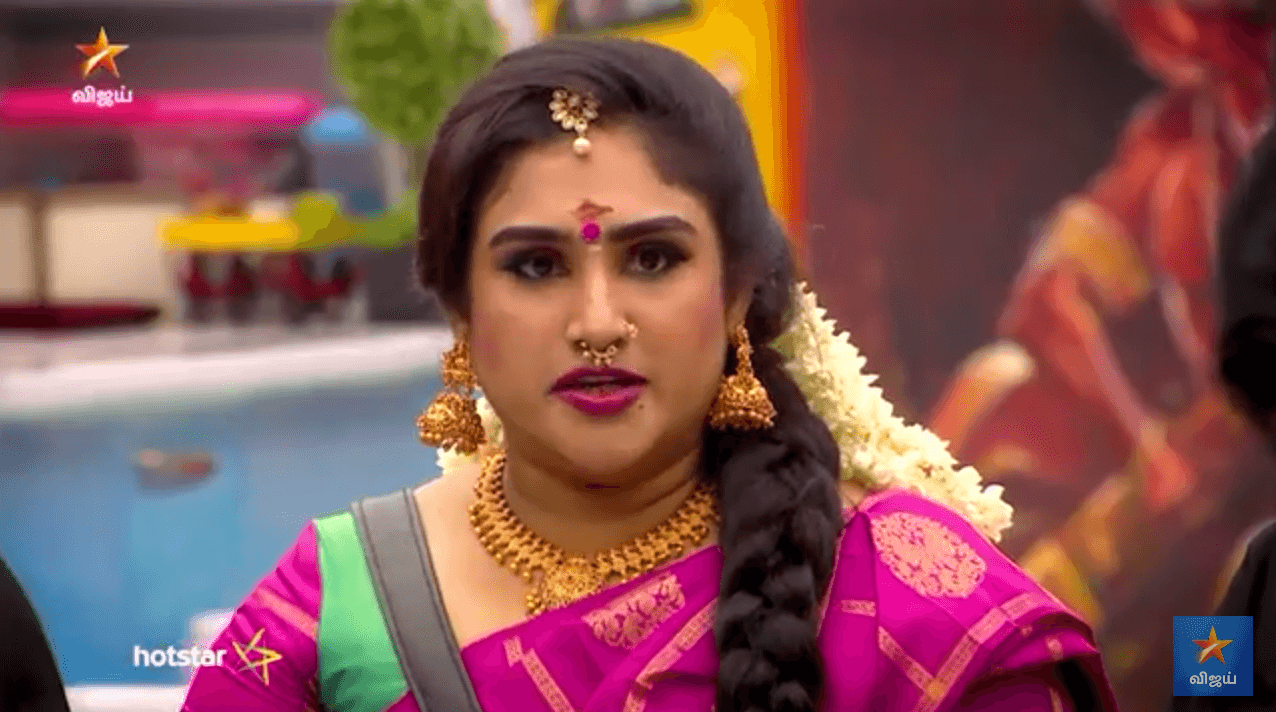 The turn of events at the Bigg Boss house startle and surprise the contestants today. The housemates begin the day with the meeting with the captain (the king of the house) Sandy and his sidekicks Kavin, Tharshan and Mugen to hear the problems at the house. They boast themselves that the house has been taken care of very well under his ruling. But Madhu and Kasthuri complain that Captain is not taking responsibility in house chores. Nomination of the week occurs from which Madhumitha, Mugen, Abirami, Kavin and Losliya are facing the nomination. They receive special biriyani lunch with some more exquisite items and desserts. Sandy and Kavin steal a box of Gulab Jamun and taste them without anyone’s knowledge. They overeat and try hard not to rest their eyes after a heavy lunch. The housemates relish the 60 years of Kamal’s cinema journey and wishes the legend in a way how they know. Abirami is as usual feeling sorry for herself and hurt herself more and more.

Luxury task of this week pivots the the house into Bigg Boss Hotel. They are about to entertain their guest and whose rating will determine the housemates luxury points. The housemates are asked to share the girls’ room while the guest will use the boys’ room. Hotel Manager is Cheran, Chef-Madhumitha, Housekeeping-Sandy, Kavin, Room Service-Abirami, Spa-Sherin, Entertainers-Mugen and Losliya. They are about to receive the guest and are spellbound at seeing the surprise. It’s Vanitha who is back to house. They keep their stone-face for few seconds and bounce back to receive the guest. Vanitha settles down at the house at their warm reception. Vanitha has seen the happenings from the outside after eviction and comes back to the house with a lot of wisdom to share with the house. Vanitha favours Madhumitha for not being outspoken as she used to be. From the fashion show task, it was Madhumitha who quite impressed the audience. But Kasthuri chose Sakshi, who is already a proven model. Kasthuri counters that her decision was purely on merit. Vanitha also criticizes Kasthuri’s judgement on last week’s captaincy. She felt Losliya’s colour dominated in the task. But nobody competes each other because of their bond and friendship. Vanitha tells the contestants that they are here to play the game but they just forgot the genre. The title doesn’t just belong to one person like Tharshan. They are equally talented and compete hard to win the game.

Vanitha strongly puts the point forward that it’s not only Abirami’s fault and it is equally Mugen’s fault. He is also being in the way of Abirami’s success. She feels that the men in the house take advantage to give themselves in the edge. Vanitha says she has to say a lot in the coming days. And it surely seems to agitate the fighting spirit in the house and increase the interest in the game. We have a lot to look forward.

SO FINALLY IT IS BIGG BOSS SEASON 2