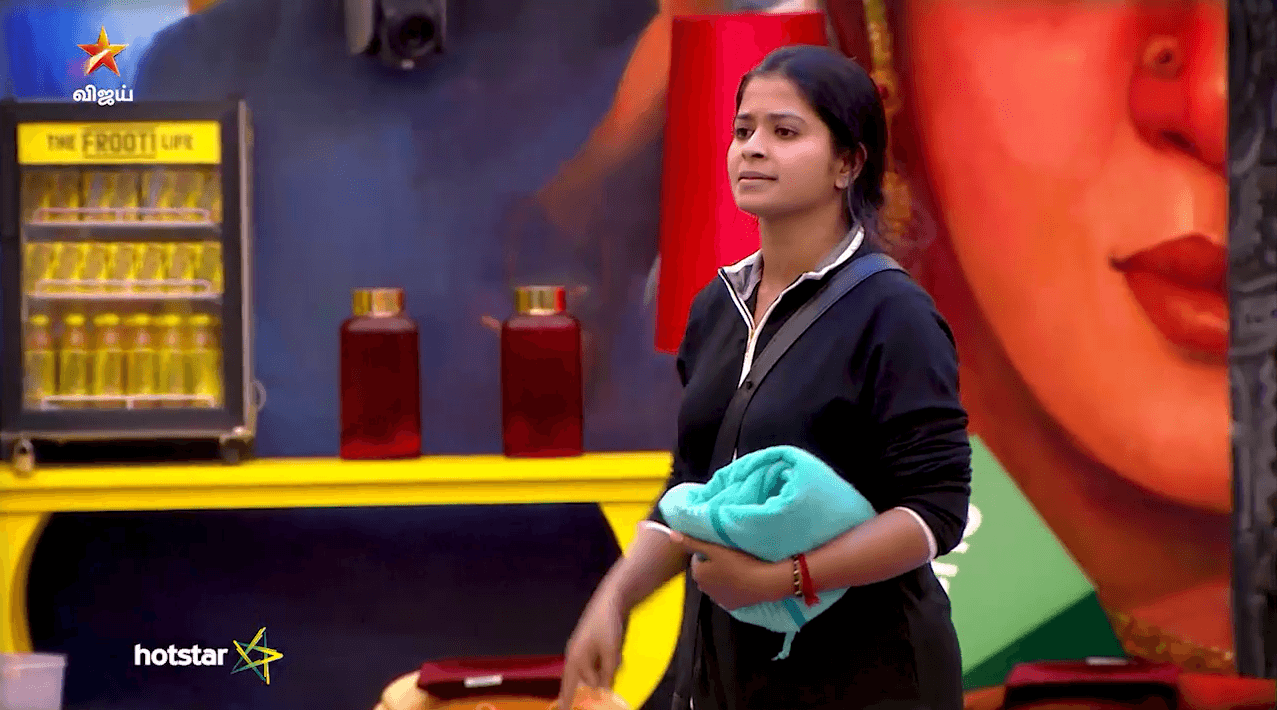 Madhumitha speaks out today what has been suppressing her for a long time in the house. Luxury task for the week in the Bigg Boss “Hotel” comes to an end. The house has warmly welcomed back Vanitha to the house. The contestants select the best performers of the week as Tharshan, Madhu and Sherin. The worst performers as Abirami and Kasthuri and they get to go to jail. Abirami, after her breakdown with Mugen in the house yesterday, expects that she would’ve gained a soft spot, considering her emotional stability. But Abirami is sent to jail. She initially opposes the decision but she process others opinion and accepts it. But Madhu, who is not on the same page with other housemates, explodes while she puts forth her opinion. She considers Abirami’s emotional turmoil and tries to take a stand for Abirami, unasked. Madhu, who used to be on the same page with the boys few days back, is not stepping back today as the situation in the house is changed.

Internally, Madhu is in anguish that the boys in the house have an edge against the ladies in the game. She explodes today with the same anger. Madhu feels insulted when Sandy makes Kavin walks out on her. And Madhu labels it as patriarchy in the house which suppresses the characteristics and excellence of the ladies. Eventually, Madhu doesn’t have anyone to support her argument. She has few people who advise her not to lose the game to her anger and many to stand against her. She hurts Kavin with her disheartening words. Kavin ends up gaining sympathy. The events seem to have turned the tables and Men in the house have gained the respect and reputation with their deep analyzing thoughts. Madhu has lost her stability in her irrelevant argument. She is not thinking quick on her feet which makes her lose the argument.

After all the chaos, Men still find a way to create light-hearted moments. They give dubbing to conversation among Madhu, Vanitha and Cheran. Tharshan seems to have come off as an arrogant person with all the immunity he has gained. Vanitha points out this and instils the thoughts in others mind.